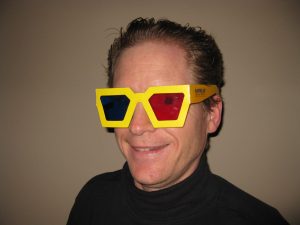 Below is the text of my speech presented at the January 30, 2013 St. Louis South County Toastmasters meeting.

Anyone remember this 1972 song by American pop singer, Johnny Nash, I Can See Clearly Now ?

Here the beginning lyrics:
I can see clearly now the rain is gone
you can see all obstacles in your way.

Weather is the atmospheric conditions at a certain place at a certain point in time.  Weather is short term.  It is observed in minutes, hours, days, or weeks.  Weather is determining if it is going to be raining tomorrow when you drive to work in St. Louis.

Climate is the average conditions expected at a specific place at a given time.  Climate is long term.  It is determined over months, years, decades, or longer.  Climate is more than likely it is going to be snowing if you visit Mt. Rainer between the months of September to June. 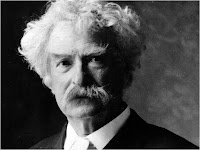 Think of weather vs. climate like this: “Climate is percentage of long underwear vs. shorts in your closest. Weather is deciding to wear long underwear or shorts today.” 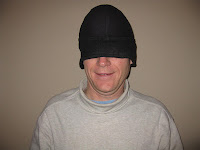 Understanding the difference between weather vs. climate is vital because so many people are confused.  Unlike, Johnny Nash, they cannot see clearly now.  They have the wool pulled over their eyes.

Too many people make the mistake of saying this time of year, “It is snowing today, therefore climate change cannot be real.” 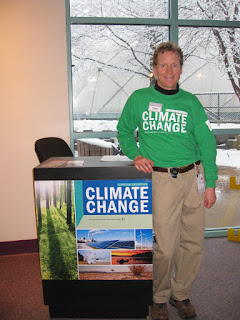 I heard this crazy statement too frequently when I worked at the temporary Climate Change exhibit at the St. Louis Science Center.  One day in March, I was stationed just outside the exhibit to invite people inside.  It was snowing by the window, so people kept teasing me saying, “Here’s climate change!”  I was very polite, but I wanted to yell back, “No, it’s the weather!”

I even heard my fellow Toastmasters say, “How can scientists predict climate change when they cannot even predict the weather.” 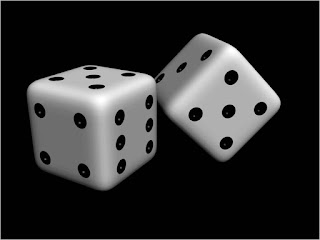 Here is the answer, my friends.  Think of weather as the roll of the dice.  Is it going to be sunny, snowing or raining tomorrow?  Climate is determining which casino gives you the best chance to win when you play with their dice.

Weather is determined by real-time measurements of temperature, wind speed and direction, humidity, rain fall amount, could cover, etc.
Climate is determined by compiled weather statistics over a 30 year period.

The weather today has nothing to do climate change.  Or does it? 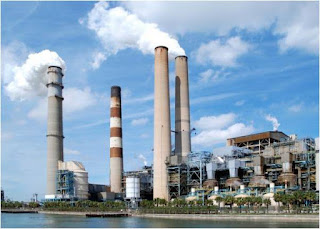 When we start our cars or turn on our lights, we are burning oil, gas, and coal.  When we burn these fuels, we are releasing carbon dioxide, which is stinking up our planet.  Currently, carbon dioxide emissions are roughly 36.7 billion, with a B, metric tons a year or 90 million metric tons a day.

Carbon dioxide traps the earth’s heat like a blanket.  Since the beginning of the industrial revolution, humans have increased the amount of carbon dioxide in the atmosphere by over 30%.  As a result, since 1880 the average temperature of the planet has gone up about 1.5 degrees Fahrenheit or .8 degrees Celsius.

A global increase 1.5 Fahrenheit over the past 130 years sounds laughable when the temperatures in St. Louis can vary over 20 degrees in one day.  However, 1.5 degree rise in body temperature from 98.6 degrees to 100 degrees, you would feel very sick. 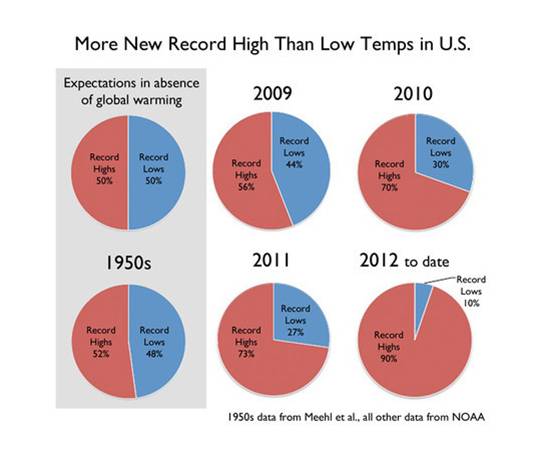 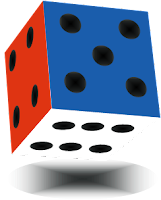 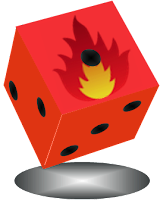 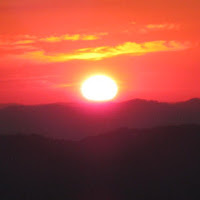 Or as a friend of mine, Tom Smerling joked, “I hate flu shots.  Therefore, the flu cannot be real.” 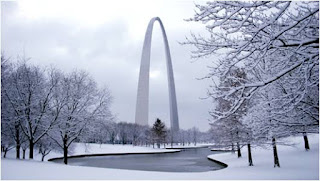 Hopefully, I helped you see more clearly today. First, you now know difference between weather and climate.  Weather is what is happening right now.  Climate is the average weather over a period of at least 30 years.  Climate is where you pick your vacation (Florida vs. Colorado).  Second, if it is snowing outside that is the weather not climate change.  Finally, climate change is actually making it less likely to cold and snow today.

As Johnny Nash once sang, you can now see more clearly now, when the snow is falling around.  Hopefully, you can see all obstacles in your way.  Gone are the dark clouds that had you blind.  Because
It’s gonna be a bright (bright), bright (bright)
Sun-Shiny day.

2 thoughts on “You Can See Clearly Now”