‘Comedy is not pretty,’ according to the 1979 album 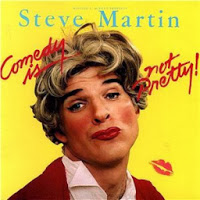 I would add that describing climate change is not pretty either.  The science can be very complicated and hard to explain.  As a science that transcends across geology, physics, chemistry, meteorology, and so many other science fields, it can be very a daunting to attempt to communicate.

Climate change does not readily tend itself to sound bites, simple analogies, and metaphors.  This can make it down right frustrating scientists and advocates to communicate the seriousness of the issue especially when it is being attacked.

Donald A. Brown Associate Professor of Environmental Ethics, Science, and Law at Penn State University attempted to describe the problem this way on his blog:

“Words fail us about how to characterize the magnitude of the harm that is being done in the name of ideology. It is too absurd on its face to think that any reasonable observer can seriously conclude that climate change science is a hoax or that the consensus view that humans are causing climate change has been debunked.  In fact we are looking for the right metaphors to simply describe the sheer harmfulness of what has been happening. We would appreciate ideas on this issue. Only poets can approach this task until we come up with the right metaphor.” 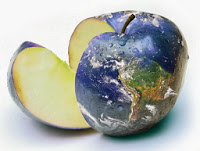 does not tend itself to a soundbite or simple metaphor.  I really like this quote, but I have not found a way to make a soundbite out of it.  I even create and collect metaphors & soundbites for the website, Climatebites.org.

It is not just climate change that is a struggle to communicate.  All of science can be perplexing to communicate.  David Roberts, when he was a staff writer at Grist, described the problem this way in 2011:

“The language of science is notoriously poor, not only at generating urgency and action but even at generating understanding. It’s just not a language most people speak or understand. It’s a specialized way of talking.”

With this in mind, the late climate scientist Dr. Stephen Schneider advised scientists “First, have your soundbite. Have it based on metaphors that convey both urgency and uncertainty.”

However, since science in its nature is complicated, Dr. Schneider then suggested,

“Second, have a hierarchy of backup products.. So you have an oped. You write for Scientific American, Atlantic Monthly or Seed – that’s getting better; that’s 20 minutes, it’s a little bit of depth. Then you can have full length websites or books, where you can do your due diligence of telling the whole story…..

You want everybody to know the detailed story you find so compelling and important…. [But] if you don’t put yourself in the soundbite world, even fewer people are going to read your book.”

I am not a scientist just a communicator, but I can certainly understand how this maddening situation for scientists.  It’s like the famous movie line in the 1967 Paul Newman movie, Cool Hand Luke:

“What we have got here is a failure to communicate.”

Over the past year, I wrote 10 opinion editorials (oped) that were published in the St. Louis Post Dispatch and newspapers across the state of Oregon.  Whenever I write an oped, I must limit my word count to the word limit of each newspaper to get published.  It can range from 750 word limit in the Medford Tribune to 500 words in the Salem Statesman Journal. 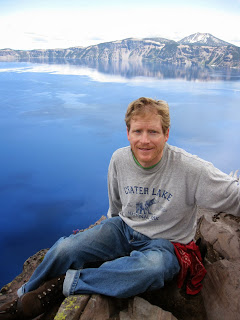 It is really hard to boil down all I know about climate change down to a 750 or even a 500 word limit.

My latest oped, Carbon tax an act to stem climate change, was published in the Salem Statesman Journal on December 13, 2013.

Like all climate change opeds, there are always at least one responding letter to the editor (LTE) attacking my acceptance of the science and solutions for taking action now.

In his letter Woodworth very critically argues: “What makes these scientists so sure that human beings are responsible now? Can they scientifically prove it? So far, they have not.”

With my all knowledge of climate change, I was eager to show that Ray was totally mistaken.  Since he also sent a similar message to my personal e-mail, I felt I had to respond privately and publicly with my own LTE.

However, the hard part for me was how was I going to whittle down the evidence of climate change into an LTE with a 200 word limit imposed by the Statesman Journal.

Here it is: Explaining climate change in 200 words or less:

First, The Goal of science is NOT to prove but EXPLAIN aspects of the natural world.

British Physicist, John Tyndall discovered around 1850 carbon dioxide trap heat in our atmosphere which enables us to live on earth.

Carbon dioxide increased in our atmosphere over 40% since the Industrial Revolution around 1850.

As a result, Earth’s average temperature increased 1.5 degrees Fahrenheit or .8 Celsius since 1880.

The increase of CO2 is from humans because of the isotope signature of the carbon dioxide.

All this evidence enables 97 percent of climate scientists and the Catholic Church to agree climate change is real, human caused, it’s bad, and we must limit it.

Yes, Earth’s history shows natural periods of accelerated climate change.  However, what alarms scientists is the current extreme rapid rate of change in the earth’s biosphere due to climate change.

This is why I support Citizens Climate Lobby’s proposed carbon fee and dividend.