In his 2007 autobiography, Born Standing Up, comedian Steve Martin makes this observation:

This is great example that having persistence is the way you become famous or change the world.  From his appearances on The Tonight Show and other TV shows in the late 1960s and early 70s, Steve Martin went on to become one of the most successful stand-up comedians of all time.  There is a good chance you probably do not want to be famous.  If you want to be famous, all you have to see is a 10 second video of the paparazzi chasing movie stars.  This will cure any urge real fast. 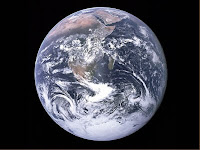 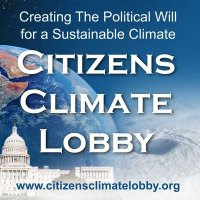 If any of this is bothers you, then I have good news for you.  This past May, 2012, I discovered a group that can make a huge difference on all these issues: CITIZENS CLIMATE LOBBY.

However, it took many months of pestering by one person to get me to attend at Citizens Climate Lobby meeting.  Her name is Carol Braford.

Just like Steve Martin tenaciously doing the Tonight Show over a dozen times before he started to become famous, Carol Braford invited me to Citizen Climate Lobby meetings multiple times before I finally acted.

How did Carol Braford find me?  In November, 2011, Larry Lazar started the Climate Reality Meet Up group in St. Louis.  We had our first meeting at Cafe Ventana on December 11, 2011.  Larry organized the meeting around all of us getting to know each other and our concerns about climate change.  We had about 16 people attend the meeting, including Tom and Carol Braford.

I first met Tom and Carol in January 2011, at the St. Louis University Green Sustainability Conference.  They had a table to promote their green eco village, which is their life’s passion to create.  When you meet Carol and Tom, they had such an inviting sweetness to them.  They are so friendly and welcoming that you almost want to ask them on the spot if they will adopt you as parents or grand parents.

Soon after you are taken in by their genuine charm, you meet Carol’s PERSISTENCE.  She has such a  welcoming persistence that you want to say YES! to any social function that she invites you to attend.  She had me sign up my contact info to learn more about the Eco Village.  Soon afterward, I received e-mails from Carol pertaining to functions promoting the eco village.

However, I soon forgot about the eco village as I got involved with Toastmasters and working at the temporary Climate Change exhibit at the St. Louis Science.  Even more, I returned to Crater Lake from June to September, 2011. October 2011, I attended the National Park Service & NASA: Earth to Sky Communicating Climate Change Conference in Shepardstown, West Virginia.  Around that time, I traveled to see friends in Ohio, Pennsylvania, and Washington, D.C.

By the time Larry Lazar and I launched our kick off Climate Reality St. Louis Meet Up meeting, I  completely forgott Carol and Tom Braford.  Larry did a great job making our initial Meet Up meeting a success.  After the meeting, I will never forget Carol personally inviting me to attend a Citizens Climate Lobby (CCL) conference call meeting.

She had an enticing way to describe the group.   She mentioned conference calls on the first Saturday of each month listening to national experts on climate change. Then the group plans actions to lobby Congress to pass effective laws to protect us from climate change.  I was interested.  One big problem: I just took a job a the St. Louis Science Center where I agreed I would be working weekends.  Thus, it would be really hard for me to attend these meetings.

Over last winter, Larry Lazar and I kept leading our Climate Reality Meet Up meeting on the third Sunday of each month.  Up to 20 people were attending our meetings, including Tom & Carol Braford.  Carol kept mentioning CCL.  I felt in a bind because attending their meetings intrigued me, but my job schedule made it really hard.

Finally, the timing was right when my winter seasonal job ended at the Science Center at the end of April.  I had a free Saturday, May 5th.  I arrived at Tom & Carol’s house around 11:30 am.  She had a lot of delicious and healthy snacks for us to eat, especially wonderful cheese, crackers, fruit, and amazing homemade bread.  There was 5 of us in attendance.  Then Carol connected us to the the conference call and I was blown away.

All these groups from North America were calling into the conference call: Atlanta, New York, Chicago, San Diego, San Francisco, Toronto, Phoenix, Minneapolis, Albuquerque, Madison, Seattle, and new groups in Portland and Eugene, Oregon.  STOP RIGHT THERE!  I immediately thought: Why isn’t southern Oregon represented?  There are so many environmental activists in Ashland, Oregon and the surrounding Rogue Valley.  At the close of the meeting, I boldly told Carol that I was going to establish a CCL group in southern Oregon.

Even more, the main speaker on the conference call really impressed me.  Retired Major Gen. Anthony L. Jackson of the US Marine Corp talked about the Defense Department initiatives to use more energy from clean, renewable sources and less from fossil fuels.  I was deeply amazed by all that the Defense Department actions and plans to reduce their carbon footprint and be fossil free within the coming decades.  If our military is doing all it can to combat climate change, surely I can do more, especially if I can work with CCL.

When I returned to Crater Lake National Park, Oregon, in mid May, I persistently started networking to see who I could find in southern Oregon who could help me create a local CCL group.  I mentioned this goal to a local friend in Ashland and she sent me a list of all her Facebook friends.  I kept sending out messages on Facebook.  After 50 messages, I lost track of how many I sent.

Finally, in late June, I discovered three people who seemed intrigued by Citizens Climate Lobby and they e-mailed back to me.  It felt like a breakthrough when I was exchanging messages with local sourthern Oregon residents Jim McGinnis, Alan Journet, and Susan Bizeau.

All four of us met at Susan’s house for the September Citizens Climate Lobby phone call.  All of them seemed somewhat interested in starting an ongoing relationship with CCL.  They wanted me to lead the group because of their hectic schedules and commitments.  Unfortunately, my season was over at Crater Lake in October.  I was already committed to returning to St. Louis for the winter.

Just like overlooking Carol Braford the previous year because of work and returning to Crater Lake, I forgot about my contacts in Southern Oregon because of my busy winter schedule in St. Louis.  My plate for the past few months has been full with working at the St. Louis Science Center, my involvement with Toastmasters, teaching a class on climate change with St. Louis Community College, NASA invited me to speak in Hampton, Virginia in November at the National Interpreter Association Convention, speaking opportunities in St. Louis, etc.

Then, in December I received an e-mail from Amy Hoyt Bennett, Director of Operations for  Citizens Climate Lobby.  Amy and I met last August in San Francisco while we were attending the Climate Reality Project Training lead by Al Gore.  She wrote: “I wanted you to know we are headed to a CCL group start workshop in Medford, Oregon on Jan 14 !  I am planning this with Susan Bizeau and Alan Journet. YAY!  Thanks for all your help.”

It was sublime to read this.  It was one of the few times in my life where I felt like I had genuinely made an impact on the world.  Here was a group of people meeting to possibly form a CCL group thousands of miles away from me because I was the first person to suggest this idea to them.

I immediately forwarded this e-mail to Carol Braford, with a note: “thanks to you persistently inviting me to CCL meetings last winter, a CCL group is going to happen in Southern Oregon.  After coming to your house last May and experiencing a CCL monthly conference call, I left thinking southern Oregon needs to have a CCL chapter also.  I made it my mission last summer at Crater Lake.  Now, Amy Bennett just e-mailed me to say she is headed to Medford, Oregon in January, 14th for a group start workshop.  I was so excited to hear this.  I really felt like I had made a small impact on the world when I read this e-mail.  However, the real credit goes to you for inspiring me to get involved with CCL.”

Needless to say, Carol was very happy to read this.  Carol’s persistence with me reminded me of Steve Martin’s story.   He showed such determination and persistence to appear on the Tonight Show with Johnny Carson over a dozen times to make it big show business.  Carol’s persistence and determination over many months to get me to attend a CCL meeting did paid off.  I now really love being involved with CCL.  I look forward to the monthly conference calls and participating in the group action plans.

In sum, want to change the world and reduce the threat climate change? Then keep persistently inviting your friends to join you over and over again.  Never give up.  Carol Braford never did with me. 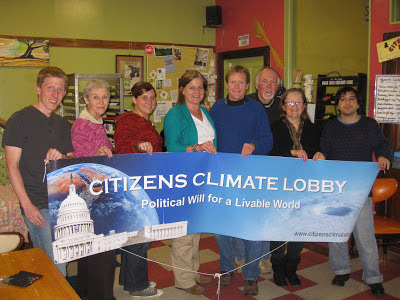 As a side note…

It has been a thrill to be involved with the St. Louis CCL group when they made a huge accomplishment this winter.  Steve Valk, Director of Communications of CCL Regional Manager Southeastern U.S in Atlanta, came to visit our group in early December.  While he was here, Carol Braford managed for our group to have a meeting with Kevin Horrigan, the Managing Editor of the St. Louis Post Dispatch newspaper.

We were able to persuade Kevin for the Post to write a supportive editorial about the danger of climate change. Even more, the Post strongly affirmed need for Congress to pass a carbon fee and dividend, which is the priority of Citizens Climate Lobby.  The Post published the editorial on December 27, 2012.  This editorial excited and impressed climate activists all across the country.  It was another example of Carol Braford and CCL showing me what can be accomplished on climate change when one is determined to make a difference.

Thanks again, Steve Valk, Carol & Tom Braford, and Lucas Salbalka for allowing me to “tag along” in the very productive meeting with the Post Dispatch.

All of you are inspiring me to do more for our planet.

For more information on Citizens Climate Lobby and to find a group near you, go to
www.citizensclimatelobby.org.

2 thoughts on “Want to change the world? Be Persistent!”