It is Passover and Easter this weekend.  Many people are in the middle of reflecting on stories central to their spiritual traditions right now.  Growing up as a Christian, I was struck by the story about Jesus’s trail before the chief priests, the elders and the scribes.  The religious leaders wanted desperately to find damaging testimonials against Jesus so they would have enough evidence to convict him in a trial and obtain a death sentence against him.  The problem was, accord to Mark 14:56, “For many bore false witness against Jesus, but their testimonies did not agree.”

Amazingly, the chief priests had to keep road testing different testimonies against Jesus.  Finally, they stumbled across witnesses Jesus saying, “I will destroy this temple that is made with my hands, and in another day I will build another made without my hands.”  Right then, the chief priests thought they had a statement of blasphemy on which they could condemn Jesus to death.  Even then, Mark 14:59 points out that “But not even then did their testimony agree.”

This story reminds me of people who reject the science of climate change.  Amazingly, just like the witnesses at Jesus’ trail, the contrarians of climate change science cannot get their testimonies together either.  Naomi Klein wrote about this in the November 9, 2011 issue of The Nation in an article, Capitalism vs. the Climate.  The previous June, she attended the Heartland Institute’s Sixth International Conference on Climate Change, the annual largest gathering of those rejecting the science of climate change.  After hearing numerous speakers, Naomi noted that “no attempt is made to explain why each speaker seems to contradict the next. (Is there no warming, or there warming but it’s no problem? And if there is no warming, then what’s all this talk about sunspots causing temperatures to rise?)


Even more, I thought Dr. Michael Mann, climatologist at Penn State University also crystallized beautifully this idea of the ‘False Witnesses whose Testimonials Did Not Agree.’  On page 23 of his most recent 2012 book, The Hockey Stick and the Climate Wars, Dr. Mann talks about his “six stages of denial”:

1. CO2 is not actually increasing.
2. Even if it is, the increase has no impact on the climate since there is no convincing evidence of warming.
3. Even if there is warming, it is due to natural causes.
4. Even if the warming cannot be explained by natural causes, the human impact is small, and the impact of continued greenhouse gas emissions will be minor.
5. Even if the current and projected future human effects on Earth’s climate are not negligible, the changes are generally going to be good for us.
6. Whether or not the changes are going to be good for us, humans are very adept at adapting to changes; besides, it’s too late to do anything about it, and/or a technological fix is bound to come along when we really need it.

On that same page, Dr. Mann also points out that “Contrarians have tended to retreat (to a higher number) on ‘the ladder of denial’ as the scientific evidence has become more compelling.”  In other words, those rejecting human caused climate change look to be all over the map with their closed-minded skepticism.  It is hard to pin them down why the science human caused climate change should be totally dismissed.  When they get together at a Heartland conference, someone should challenge them to coalesce under one certain point or theory on why climate change should be rejected.  Until then, the contrarians just sound like a cacophony of confusion.  Again it is like the false witnesses at Jesus’s trail who contradicted each other.  It did not matter that their testimonials did not agree they just have to find a way to condemn to death an innocent man teaching different religious ideas.

As I have grown concerned and alarmed about climate change, I had a few people tell me that “I should look at both sides of the issue.”  However, climate scientists such as Michael E. Mann, Stephen Schneider, James Hansen, Richard Alley, Wallace Broeker, Katharine Hayhoe, Richard Somerville, Gavin Schmidt, and many others have convinced me with their evidence and observations with their consistent message.   That message is climate change is real, caused by humans, over 95% of climate scientists agree upon this, climate change is harmful to people, and people can limit it if we choose.

According to NASA, there is multiple lines of evidence pointing to the existence of human caused climate change, such as sea leve rise, global temperature rise, warming oceans, declining sea ice, glacial retreat, increase in extreme weather events, and ocean acidification.  The Good News of Easter is that Christians believe that Jesus overcame his corrupt trial and execution to rise from the dead   The good news of climate change is we can also lessen the nastiest consequences of climate change if we act fast on the solutions collectively as a society and as individuals also. 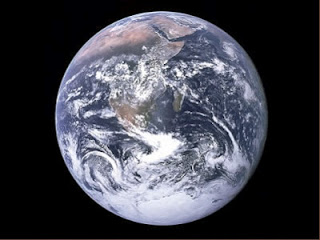 5 thoughts on “False Witnesses whose Testimonials Did Not Agree”