Recently, I met, Bob, a 5th grade teacher from a local St. Louis Catholic School who is doubtful about climate change.  Bob pressed me with how do scientists know climate change is real.  He then requested that I send him information about the science of climate change. 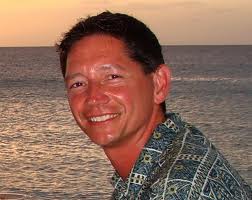 I e-mailed a friend of mine, Scott Mandia, to assist me.  Scott is a professor of meteorology at Suffolk County Community College in New York.  He is also the founder of The Climate Science Rapid Response Team and The Climate Science Legal Defense Fund.  He is a leading national voice in engaging the public, media and his students about the serious threat of climate change.

Below is what Scott e-mailed to me:

“I think it is very important to show the pattern of warming shows heat-trapping.  Here is my standard reply:

1. Climate change science is probably the most scrutinized field of science today.


3.  This warming can only result from:
1) More incoming heat from space (sun)
2) Less outgoing heat to space (earth emission)
We have carefully measured the incoming solar radiation and it is NOT increasing.
In fact, we are at historic lows lately!


4.  Scientists have known that adding heat-trapping CO2 will cause less heat to be
released to space. The pattern of warming matches “heat trapping”:
1) Nights are warming faster than days (how could the sun cause this?)
2) Winters are warming faster than summers
(sun is weakest in winter and strongest in summer so the sun is not to blame)
3) The lowest layer of the atmosphere is warming while the upper layers are cooling
(again, cannot be the sun)
4) Satellite and ground-based devices have MEASURED the decreasing heat in the CO2 band to space with a corresponding increased heat back to the surface in the CO2 band.


5. There are many lines of evidence for CO2 warming.
In fact, the increases in temperature over the past three decades is nearly 100% due to increased CO2.
The only reason we have not gotten even warmer is that pollutants suspended in the air called aerosols are reflecting some of the sunlight and are offsetting the CO2 warming.


6.  It is because of this overwhelming evidence that virtually every climate science expert and every international science academy agrees that humans are warming the climate.”

Scott then goes on to share his vision for America:

America is great because when we are faced with a challenge and especially with a threat, we collectively take action and we usually do quite well. The energy revolution is akin to the Internet revolution. I want America to take the lead. If we do, we create jobs, we sell products to China instead of buying them, we have cleaner air and water, greater national security, and energy savings put money directly into our pockets.


Imagine it is the Olympics and the event is the Clean Energy Race. The US track team has always won the big events before and appears to be in the best shape to win again. (Mention the three “we did that’s” above.) However, after the starting gun has fired, the American runner is just jogging while China, India, and others are sprinting. Don’t you want the American to win? There is still time for her to step it up but the window of opportunity is getting shorter every year because she is falling farther and farther behind.”

I thought this was an outstanding tool for climate change communicators, like me.  I asked Scott for his approval to share his message with others.  His generous response: “Feel free to share with all.”


As you read this, I hope you use Scott’s message when you communicating climate change to friends and family members who are undecided or doubtful about global warming.

Thank you, Scott, for this tool.  I promise to use it wisely and effectively with Bob, the 5th grade school teacher, and others when I discuss climate change.

One thought on “Listen to the Man (Scott Mandia)”