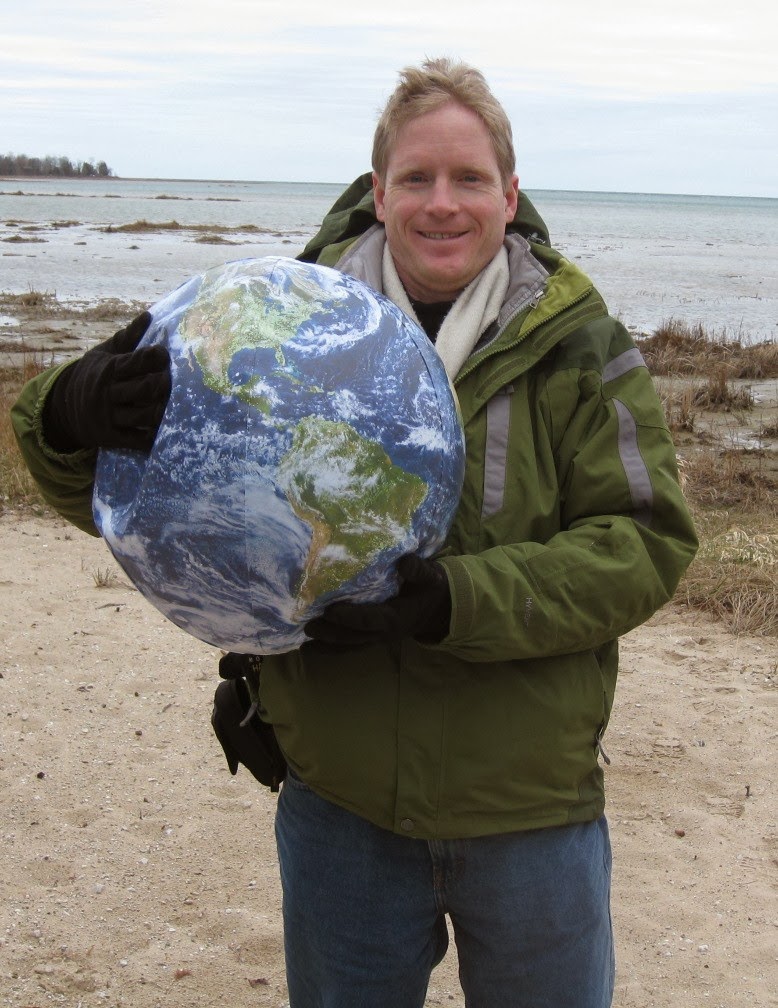 After spending several hours composing it on January 2, 2014, here is the result:

In his Dec. 22nd letter, Ray Woodworth demanded “proof” for human caused climate change.
First, The Goal of science is NOT to prove but EXPLAIN aspects of the natural world.
British Physicist, John Tyndall discovered around 1850 carbon dioxide trap heat in our atmosphere which enables us to live on earth.
Carbon dioxide increased in our atmosphere over 40% since the Industrial Revolution around 1850.
As a result, Earth’s average temperature increased 1.5 degrees Fahrenheit or .8 Celsius since 1880.
The increase of CO2 is from humans because of the isotope signature of the carbon dioxide.
Multiple lines of evidence show this global temperature rise: sea level rise, warming oceans, declining Arctic Ice Sheet, worldwide glacier retreat, ocean acidification, more extreme weather events, etc
All this evidence enables 97 percent of climate scientists and the Catholic Church to agree climate change is real, human caused, it’s bad, and we must limit it.
Yes, Earth’s history shows natural periods of accelerated climate change.  However, what alarms scientists is the current extreme rapid rate of change in the earth’s biosphere due to climate change.
This is why I support Citizens Climate Lobby’s proposed carbon fee and dividend.

As I wrote at the end of that blog, I was very proud of the result, Explaining climate change in 200 words or less is, if I may say so myself.

After I published the blog on January 3rd, I then posted around Facebook on various climate change discussion groups.  I hoped the blog post and my explanation would inspire other climate change alarmists to compose their own Explaining Climate Change in 200 words or less.

The response blew me away.

The first person who took up my challenge was Maarten van der Heijden.  He stated that he a variation of my explanation into French in about 150 words!

This is what Maarten wrote:

Wow!  This was the first time I knew that one of my writings had been translated into another language.  It was touching to see it in French by a writer expressing my thoughts their own words.    It felt like I had taken a step forward as a writer into words that I cannot describe in English.

“But wait! That’s not all!” As they say on those late night TV infomercials.

Another friend, Paul Deaton also decided to take up my challenge to describe climate change in 200 words or less.  He wrote this to me:

“I like the idea of a brief explanation of anthropogenic climate disruption. I took your idea and modified it to fit what I am trying to do in Iowa.”

He then posted a link to his website in a blog post titled,
Climate Change in 200 Words:

“People seeking scientific proof of anthropogenic global climate change are barking up the wrong tree. The goal of science is not to prove, but to explain aspects of the natural world. Following is a brief explanation of climate change.
Around 1850, physicist John Tyndall discovered that carbon dioxide traps heat in our atmosphere, producing the greenhouse effect, which enables all of creation as we know it to live on Earth.
Carbon dioxide increased as a percentage of our atmosphere since Tyndall’s time at the beginning of the Industrial Revolution. As a result, Earth’s average temperature increased by 1.5 degrees Fahrenheit.
The disturbance of the global carbon cycle and related increase in carbon dioxide concentrations in the atmosphere is identifiably anthropogenic because of the isotope signature of atmospheric carbon dioxide.
We can also observe the effects of global warming in worldwide glacier retreat, declining Arctic ice sheets, sea level rise, warming oceans, ocean acidification, and increased intensity of weather events.
It is no wonder 97 percent of climate scientists and all of the national academies of science in the world agree climate change is real, it is happening now, it’s caused by humans, and is cause for immediate action before it is too late.”

This is a wonderful feeling that people translating my words into French and in Iowa!

How about you?  Can you take my words as a challenge and describe climate change in 200 words or less?
It is a lot of fun.  Who knows!  Maybe your words will also be molded into French, Iowa speak, or some other familiar or foreign language.