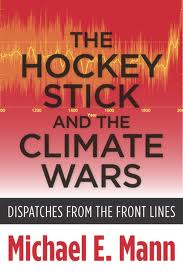 If you want the latest perspective on climate change science, especially the creation of the famous `hockey stick graph,’ then I highly recommend reading Dr. Michael E. Mann’s book, “The Hockey Stick and the Climate Wars.” I heard Dr. Mann speak at the American Geophysical Union conference in San Francisco last December. At the end of his talk, he mentioned his up-coming book about the creation of hockey stick graph and his perspective of the onslaught of attacks he received from the contrarians of climate science.
I was eager to read his book and hear his perspective. Before I saw Dr. Mann, what I mostly knew about him was myths perpetrated by his attackers, such as `the hockey stick has been debunked,’ and the fake Climate-gate scandal where supposedly Dr. Mann had `found a trick’ to `hide the decline’ when he created the famous hockey stick graph. I knew these myths were utter nonsense, but I still wanted to hear his point of view. The book did not disappoint me at all.
As a climate change communicator, I did learn much to share when I engage people on the subject of climate change. First, I liked his analogy of `The Serengeti Strategy.’ Lions attack zebras at the edge of herd because the zebras’ stripes make it hard for the lions to see individual zebras in the center of the heard. Deep down, the contrarians know scientific agreement on climate change is overwhelming and extremely strong multiple lines of evidence that climate change exists. Thus, the contrarians desperately nitpick at the hockey stick graph and personally attack individual scientists like Dr. Mann.
In the first chapter, I thought Dr. Mann did a superb job of immediately defending himself against his attackers’ lies. In the fabricated Climate Gate hoax, contrarians loved to wave the stolen e-mail quote of Dr. Mann’s “trick” in assembling the hockey stick graph.   Mike talked about growing up and playing computer games in the early 1980s. Even more, he was deeply influenced by the 1983 anti-nuclear film, War Games. Similar to the movie, he wanted to program his computer to run faster to “learn” from previous games how to play tic-tac-toe better each time. Thus, he discovered a “trick” to get the computer program to learn faster. Mike then defined “trick” on page 6 as “the term scientists and mathematicians often use to denote a clever shortcut to solving a vexing problem.”
What is crazy is contrarians cherry picked a word, “trick,” in the fake scandal. However, they offered no evidence of any kind of “trick” or deception by Dr. Mann. As mentioned in this book, there have now been over 8 independent reviews of the poorly named `Climate Gate’ scandal, including the British Parliament and 2 separate reviews by Dr. Mann’s own university, Penn State. Every time, Dr. Mann was cleared of any wrong doing and the investigating commissions found no devious “tricks” when he constructed the iconic hockey stick graph.
In chapter two, I really latched onto Dr. Mann’s “6 Stages of Climate Change Denial”:
1. CO2 is not increasing.
2. Even if it is, the increase has no impact on the climate since there is no convincing evidence of warming.
3. Even if there is warming, it is due to natural causes.
4. Even if the warming cannot be explained by natural causes, the impact of continued human caused greenhouse gas emissions will be small.
5. Even if the current and projected future human effects on Earth’s climate are not negligible, the changes are going to be good for us.
6. Even if the changes are not going to be good for us, humans are very adept at adapting to these changes; besides, it is too late to do anything about it, and/or the technological fix is bound to come when we really need it.
This ladder was very helpful because I find contrarians to be all over the map to rejecting the science of climate change. They cannot seem to coalesce around a single point of contention. As a matter of fact, when they do gather at their contrarian Heartland Conferences, they contradict each other, clinging to various rungs of Dr. Mann’s ladder. Dr. Mann even points out on page 23 that “Contrarians have tended to retreat up the ladder of denial as the scientific evidence has been more compelling.” This reminds of the movie Titanic when the stranded passengers where running up to cling to projected stern of the boat as the bow was sinking into the water.

The contrarians and undecided folks really need to read Dr. Mann’s detailed explanation in the book how he came up with the hockey stick graph since 1996. He created with cooperation from many other climate scientists, and using vast amounts of tree ring, ice cores, corals, lake & ocean sediment and a smattering of the climate recordings. It was amazing how contrarians so viciously attacked it, ever since, like lions on the Serengeti, trying to find some way to discredit it.

Like Mike points out in the book, numerous other scientists have re-affirmed the Hockey Stick graph with their independent research, data, and computer models. Contrarians love to claim that Mike’s graph was “debunked” because it was not used in the 2007 United Nations Intergovernmental Panel on Climate Change (IPCC) Report, unlike the previous IPCC reports. Mike points out on page 173 that “the purpose Summary for Policy Makers (in the 2007 IPCC Report) was to highlight new findings, not old ones.” Furthermore, he states “the original (1999 hockey stick graph) was one of the dozen reconstructions shown in the IPCC paleoclimate chapter, which collectively formed the basis for the strengthened conclusions of…the anomalous nature of recent warming.” 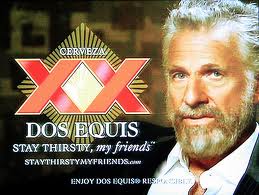 From meeting Dr. Mann and reading his book, he struck me as a soft-spoken, humble guy who just wants to be a scientist. He even states on page 253, he just wants to be “left alone analyzing data, constructing and running theoretical climate models, and pursuing curiosity-driven science.” Mike does not come across as the kind of guy who is the life-of-the-party telling jokes, seeking the center of attention, and trying to impress people with his accomplishments. He is probably the polar opposite of the Dos Equis `Most Interesting Man in the World’ beer ads.  Dr. Mann is a dedicated climate scientist.

My observation is Mike is an incredible man of integrity. He has accomplished greatly to the world of climate science with the hockey stick graph, co-founding the Realclimate.org with Gavin Schmidt and Stefan Rahmstorf, and his other scientific publications and books. This is why his attackers still cannot seem to pin any dirt on him. His scientific body of work is impeccable. The Hockey Stick Graph is a result of years of meticulous research by him and lots of other scientists.
With his honesty, integrity to pursue impactful climate science, and his soft spoken nature, I find the personal attacks, threats, disinformation, and endless political investigations he has received from contrarians very disgusting. However, I am glad to hear that he ends the book by stating that in the future, “My fellow scientists will be fighting back, and I look forward in joining them.” 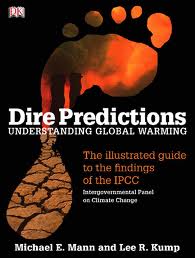 This is the second book I read by Dr. Mann. I read the first, Dire Predictions: Understanding Global Warming about a year ago. It has excellent pictures and illustrations to highlight the findings of the 2007 IPCC Report. I used graphs from the book in my own climate change presentations. My minor regret is that I did not have Dr. Mann sign my book when I met him last December. However, now I have two books for him to sign next time I meet him: Dire Predictions and now The Hockey Stick & the Climate Wars, which I highly recommend also.