Below is the text for my South County Toastmasters Speech delivered on March 18, 2015: 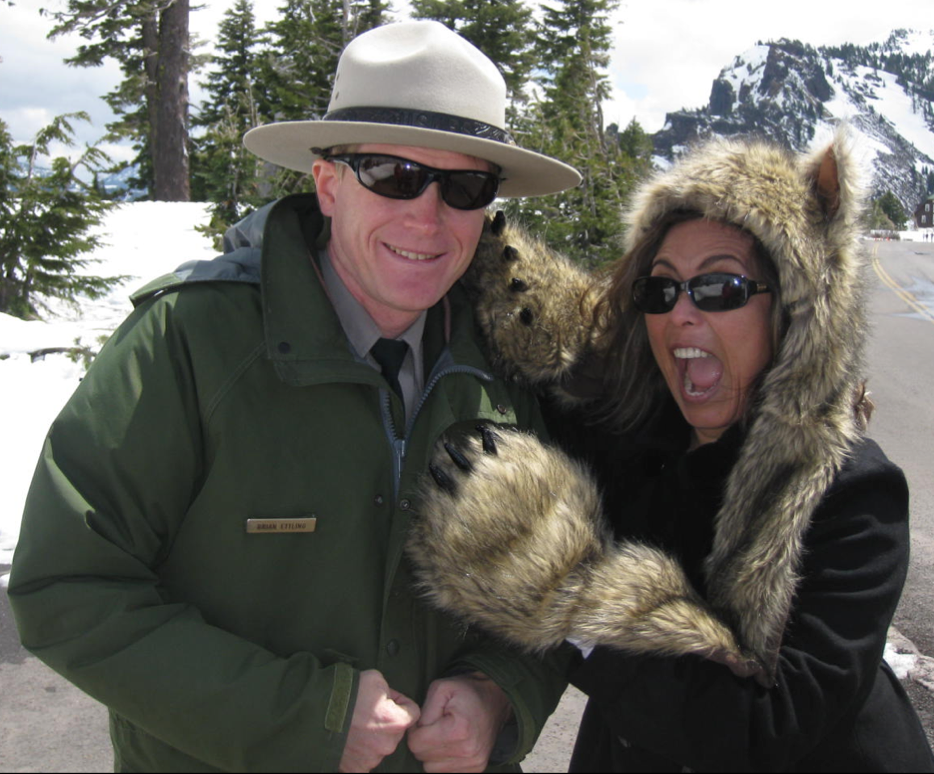 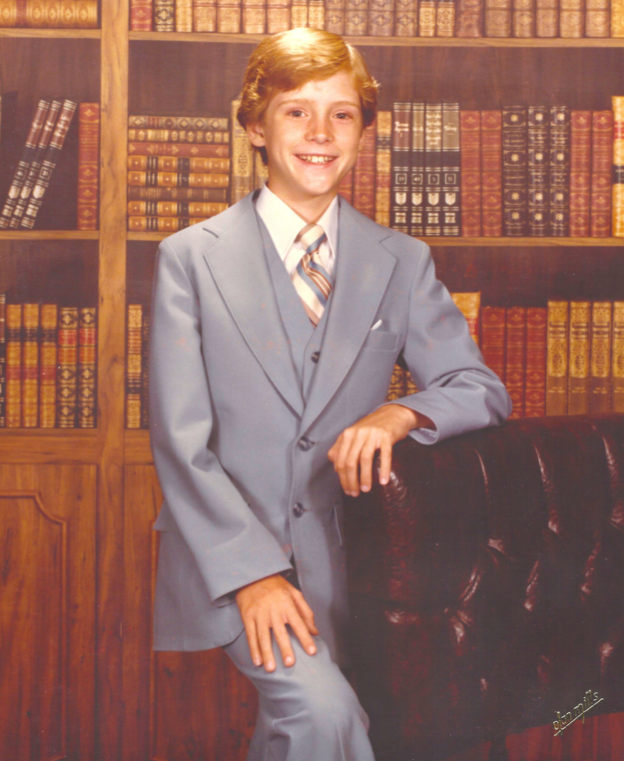 Here is a picture of me as a kid growing up in the 1970s. Wasn’t I cute?
To this day, I remember adults and other kids in school saying, “Smoking cigarettes
is not that unhealthy. I have a grandpa or great uncle who is 80 years old. He has smoked
all his life and he is ok.”
As a kid, that argument sounded ridiculous to me.
In 2015, most of us would agree now
that smoking cigarettes regularly could lead to various health hazards, some of
them life threatening.
However, you may not know
this information from the AAAS, also known as American Association for the
Advancement of Science. It is the world’s largest and most prestigious general
scientific society, with around 127,000 individual and institutional members.
It was established in 1848. In this March 2014 they released this statement,
“Physicians, cardiovascular scientists, public health
experts, and others all agree smoking causes cancer…a similar consensus now
exists among climate scientists (over 97% and over 60% of meteorologists) a consensus that maintains that climate change
is happening and that human activity is the cause.” 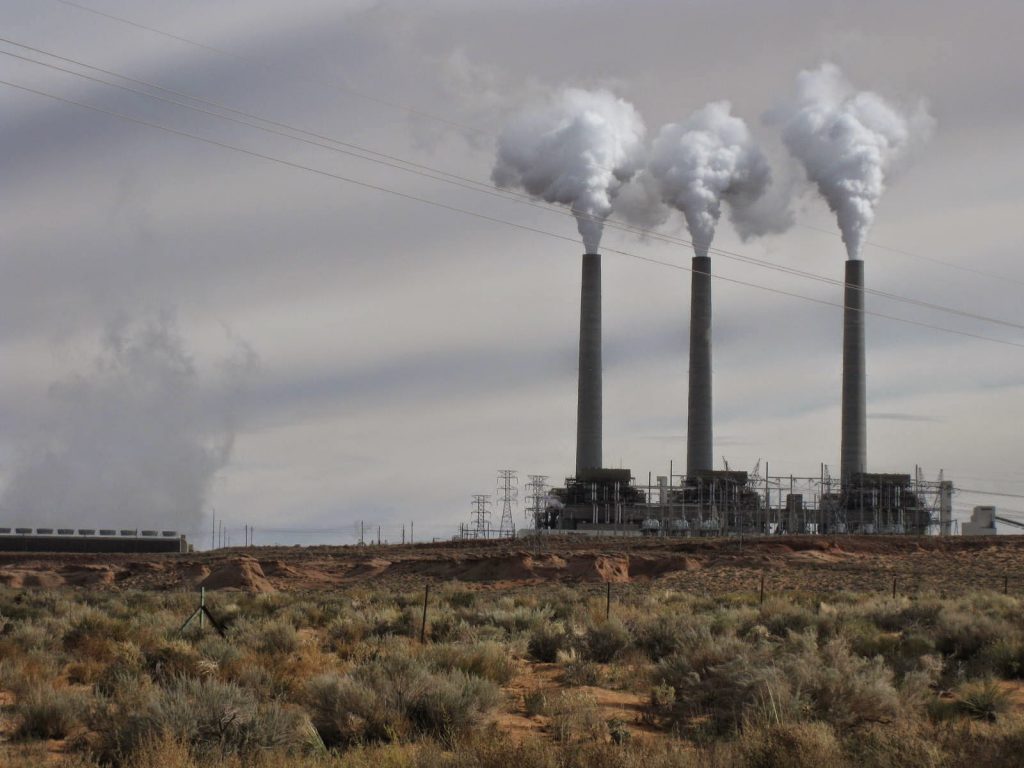 After studying the Earth’s
ancient climates, climate scientists, are very worried about the dirty
pollution we are putting into our air supply by burning oil, coal and natural
gas for our energy needs.
Who here enjoys watching
National Geographic and Discovery Channel shows? 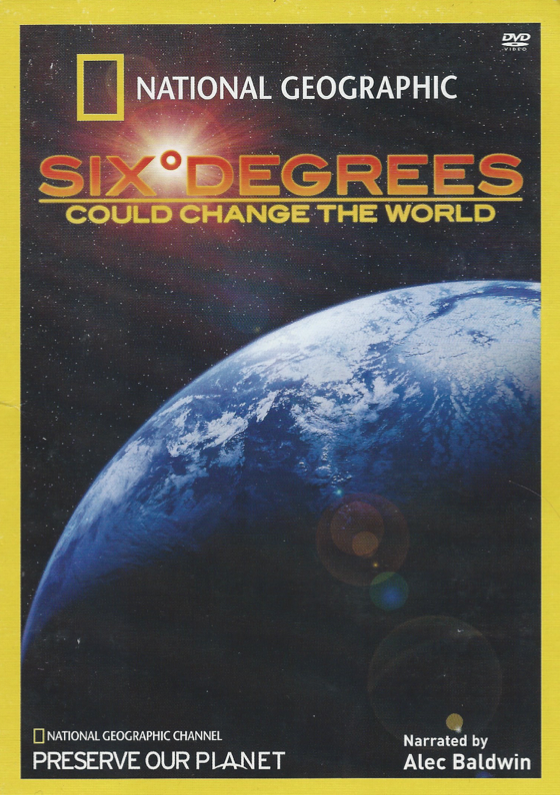 In 2008, National Geographic
released this video, 6 Degrees Could Change the World that really
impacted me. Based upon what scientists know about the Earth’s climate, this
program laid out what they expect will happen with each degree of rise in the
Earth’s average temperature if we do not reduce our pollution.
If the Earth warms by just one
degree celsius (or close to two degrees fahrenheit) by the year 2100, the result could be severe droughts in the U.S.
Great Plains. The prolonged droughts could turn some of America’s most
productive farmland and ranch lands into deserts, causing shortages in the
global grain and meat markets. This drought worries me on the effect it would
have on our Mid West economy.
If the Earth warms by two degrees,
coral reefs across the planet may collapse from warmer ocean water temperatures
and ocean acidification. Over the past 150 years, the oceans have absorbed
nearly half of all the carbon dioxide we have put into our air supply. All this
carbon in the oceans is making the seawater more acidic. This change in water
chemistry is already damaging the shells of beautiful marine life, such as sea
butterfly snails. Even worse, extra carbon in our oceans could endanger seafood
we love to eat such as clams or Maryland crabs. 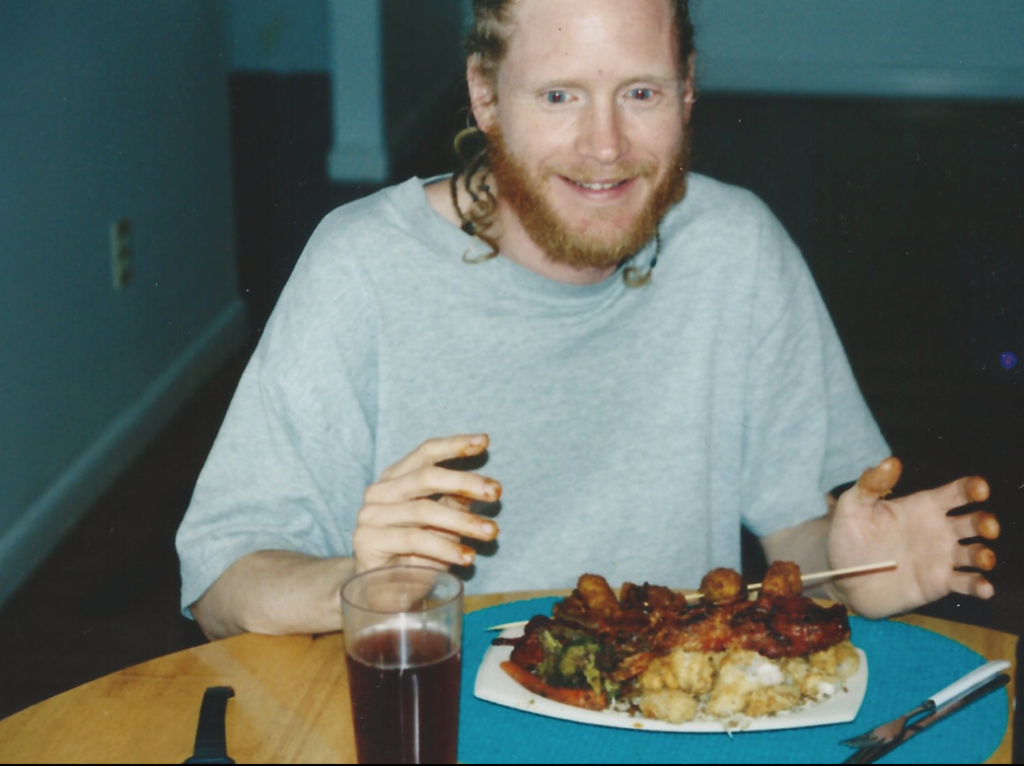 This frightens me because I
have great memories over to all you can eat seafood festivals when I worked over
10 years ago in the Florida Everglades. Didn’t I have great hair 10 years ago?
If the Earth warms by three
degrees, the extreme heat could cause intense wildfires that could burn
down the Amazon rainforests in Brazil. These rainforest are known as
the lungs of the Earth for how much oxygen they produce for you and me.
If the Earth warms by four
degrees, the West Antarctic Ice sheet is in danger of collapse, which would
raise sea level 16 feet worldwide.  Of
special concern is Florida, where Adam grew up. Most of the state lies close to
present sea level. As it is, scientists now project global sea level to rise at
least three feet in the 21st century.
If west Antarctic ice sheet
collapsed, Florida’s coastline would go from looking like this today, to this.
It would raise Florida sea level by 16 feet.
Keep in mind that the Earth warms
4 degrees or more, some scientists worry all the ice in Greenland and
Antarctica could melt. This could then raise global sea level by 216 feet! 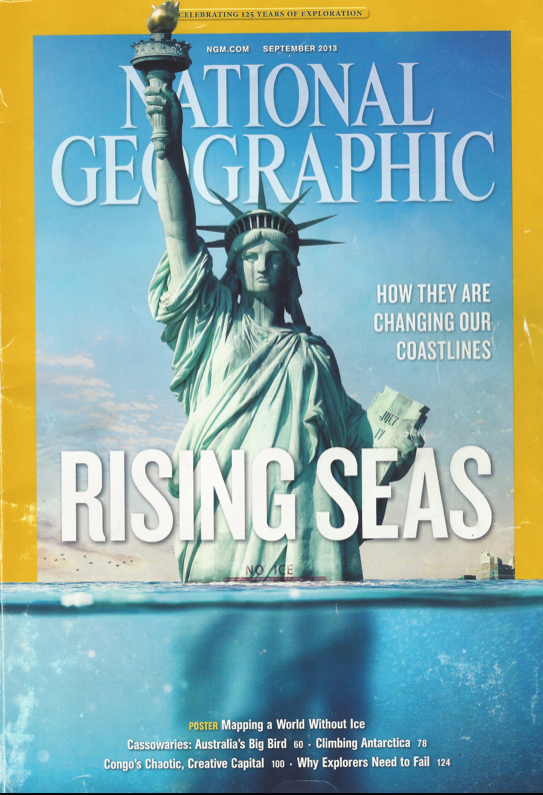 The September 2013 National
Geographic shows what the Statue of Liberty would look like with a 216 feet
rise in sea level.
On the inside of the magazine, this map shows what the US
would look like without any polar ice. Basically, you would have no Florida,
Louisiana, , New York City, Washington D.C., Boston, Baltimore, Los Angeles, San
Francisco, etc. All those millions of refugees would have to relocate somewhere.
Imagine the stress to our St. Louis area absorbing millions of climate refugees. 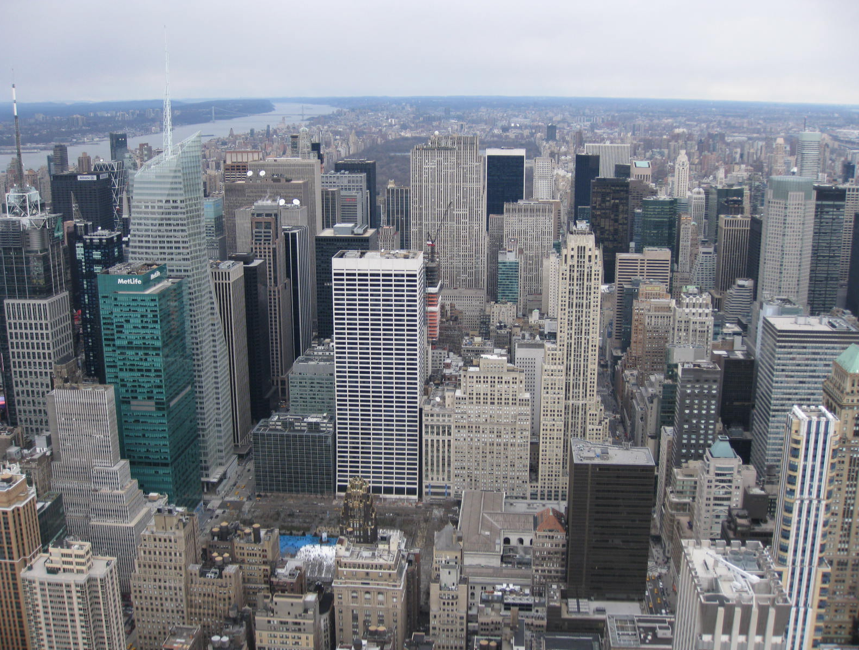 If the Earth warms by five
or six degrees, scientists don’t even want to think about it.  According to Adam Frank, an astrophysicist at
the University of Rochester, “The danger (of drastic climate change) is not to
the planet, but to our civilization on the planet.”
My friend, Dr. Richard Somerville, now retired Climate Scientist at Scripps Institution of Oceanography, once stated, “The very elaborate infrastructure that has been put together: the damns, pumps, reservoirs, and canals, won’t work (with the increased chances of more extreme heat waves, droughts and floods) because they were designed for the climate we have had, not the one we are going to have.” 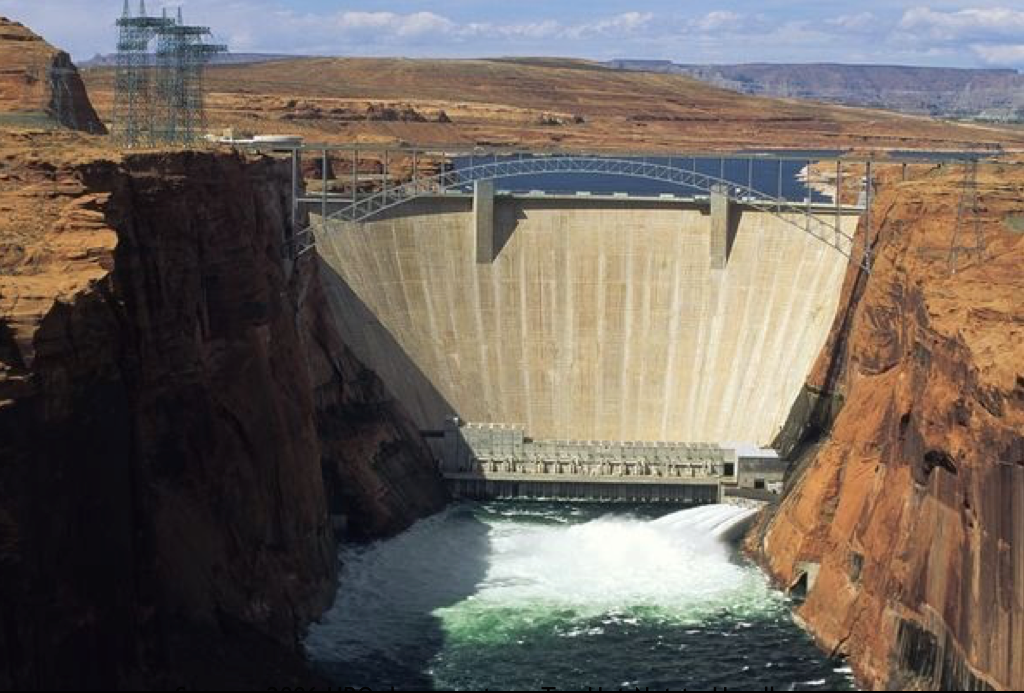 So, Adam to answer your
question:
“How can climate scientists possibly know what is
going to happen in the future?”
Hopefully, tonight I have
shown you what really worries scientists and me about climate change.
For my nieces and nephews, I cannot leave behind such a chaotic world to them, their children, or my future grandchildren. 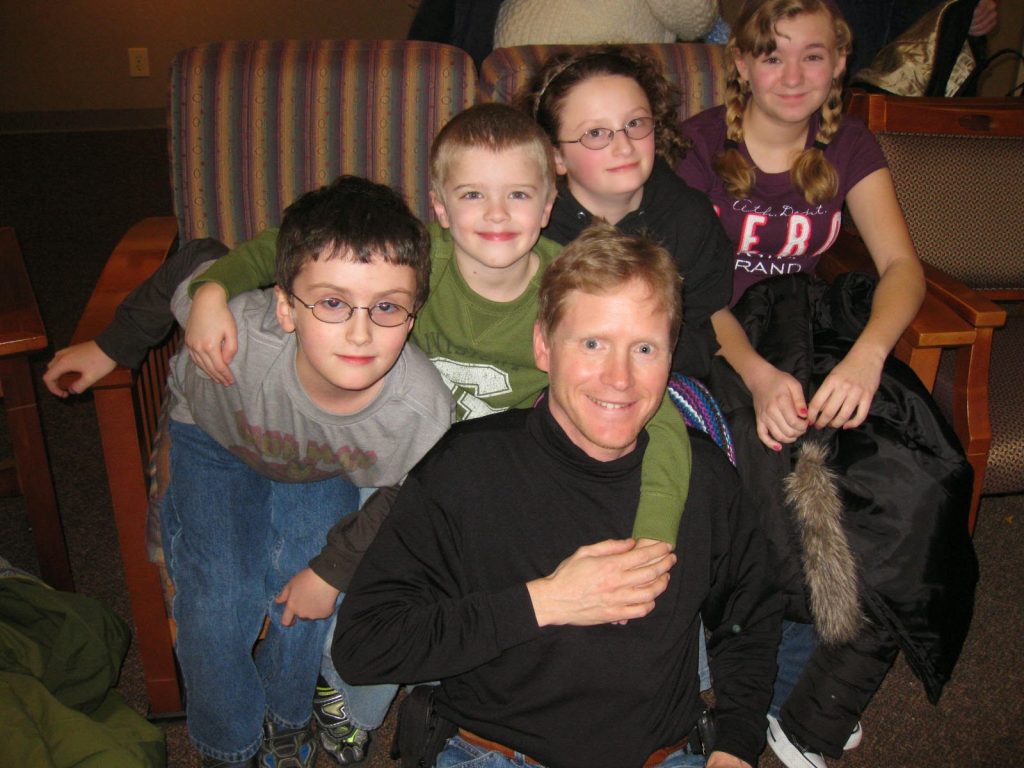 Adam, I have seen your kids at our Toastmasters meetings. They are beautiful children. I cannot leave such a world behind for them also.For you children, I challenge you to be part of the solution to climate change. For everyone in this room, let’s find common ground to work together to reduce our pollution.