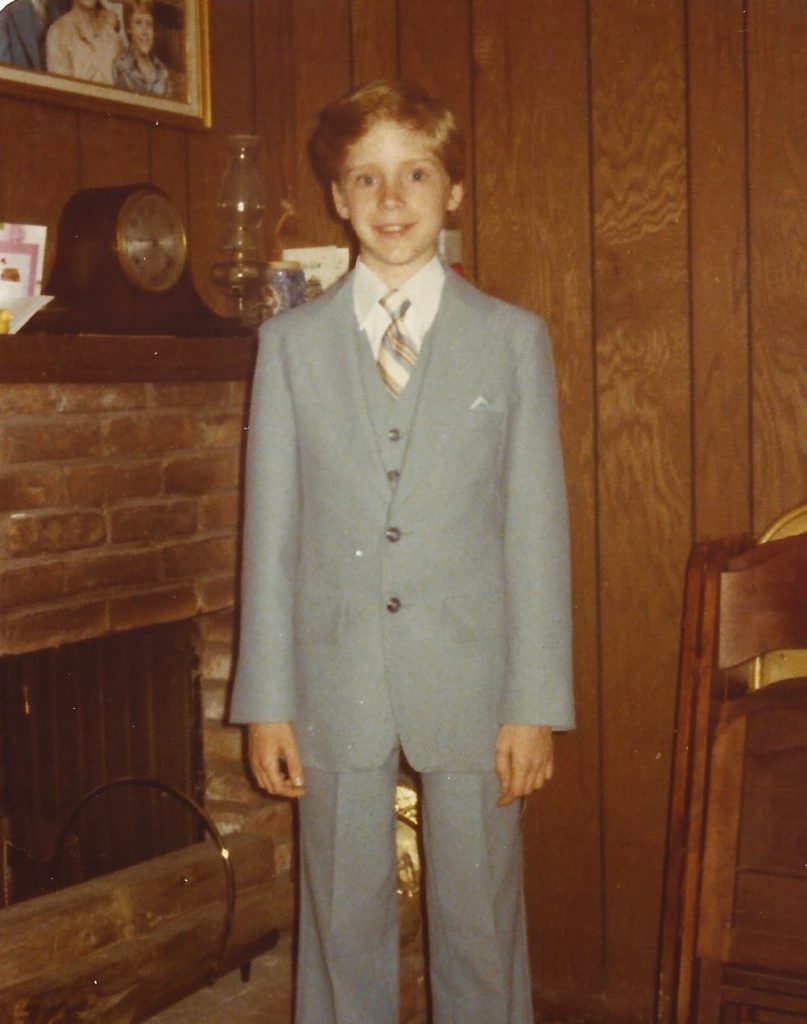 I had a lot of fun growing up in the 1970s. I was blown away by the original Star Wars, Charlie’s Angels, and of course, disco!   As a kid, I listened to the Saturday Night Fever soundtrack on this large 33 LP record.  Now, I listen to it on a tiny Ipod.  As a kid, I enjoyed dressing up in polyester suits.  I guess you can say that I still love doing the same thing today.

Does anyone else here remember having fun growing up or just enjoying life in the 1970s?

Besides me, something else also came of age in the 1970s.  Any guesses what that is?

Believe it or not, it is actually the science of human caused climate change.  However, the truth is climate science started way before the 1970s.    Many science historians think climate science really started in 1859. That’s when British scientist John Tyndall discovered the greenhouse effect.  He was the first to measure that certain gases, such as carbon dioxide (CO2) and water vapor (H2O), trap heat in our atmosphere.   These “greenhouse gases” trap enough of earth’s heat to maintain the Earth’s habitable climate of an average of 58.3 degrees Fahrenheit today, according to NASA. 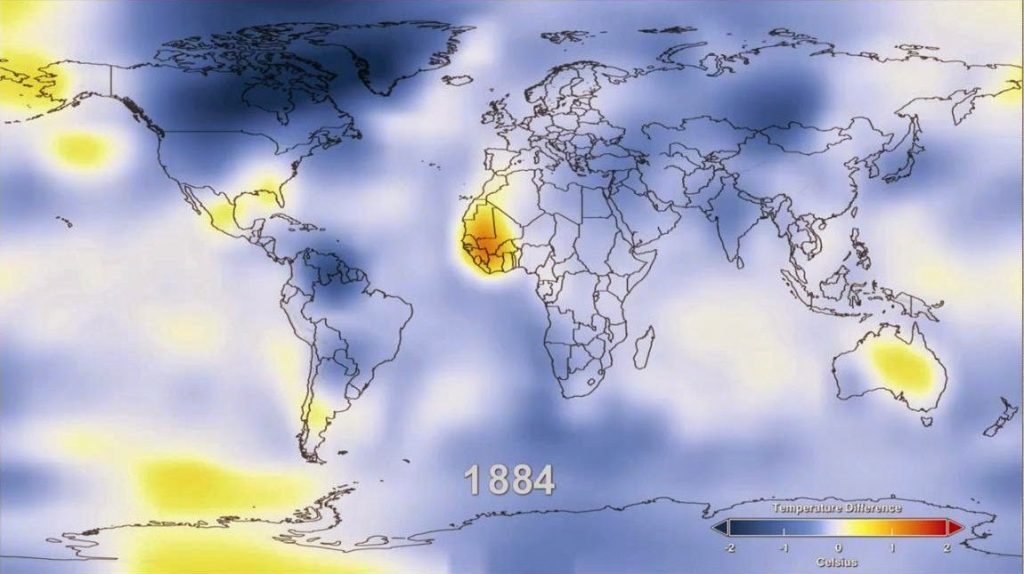 Today, science tells us that we have increased the amount of carbon dioxide in our atmosphere by 40% since 1880 by burning fossil fuels, such as coal, oil, and natural gas, for our energy needs.    Since carbon dioxide traps heat, it is like throwing extra blankets over our planet.

Today, NASA confirms what John Tyndall and other scientists discovered in the 1800s.  Releasing 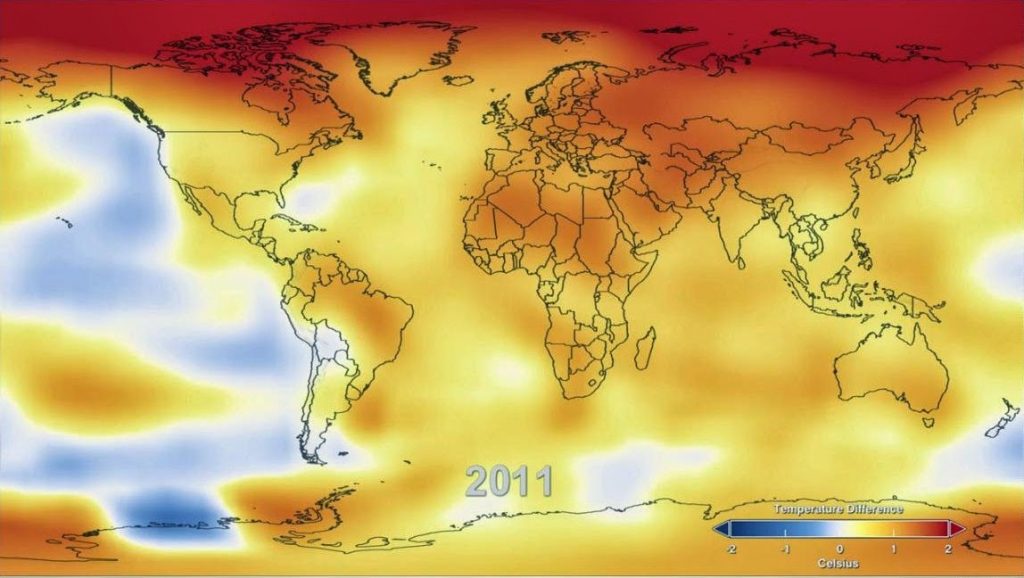 carbon dioxide from humans burning fossil fuels has increased the average temperature of the planet by 1.4 Fahrenheit or .8 Celsius over the past 130 years.  In other words, precise global temperature measurements show that we have gone from this in 1881 to this today.

This leads us to the 1970s.  In many ways, that is when climate science really grew up, like me.  In 2008, Thomas C. Peterson, a research meteorologist at NOAA’s National Climatic Data Center, wrote a peer reviewed published paper that counted all the major 68 peer reviewed scientific published papers focusing on global climate from 1965 to 1979.  Of the 68 papers, the results showed that a large majority 42 scientific research papers, or 62%, predicted the Earth would warm as a consequence of humans increasing carbon dioxide in our atmosphere, 19 papers or 28% were neutral or took no stance, and only 7 papers or about 10% predicted that the earth was cooling or going into an ice age. 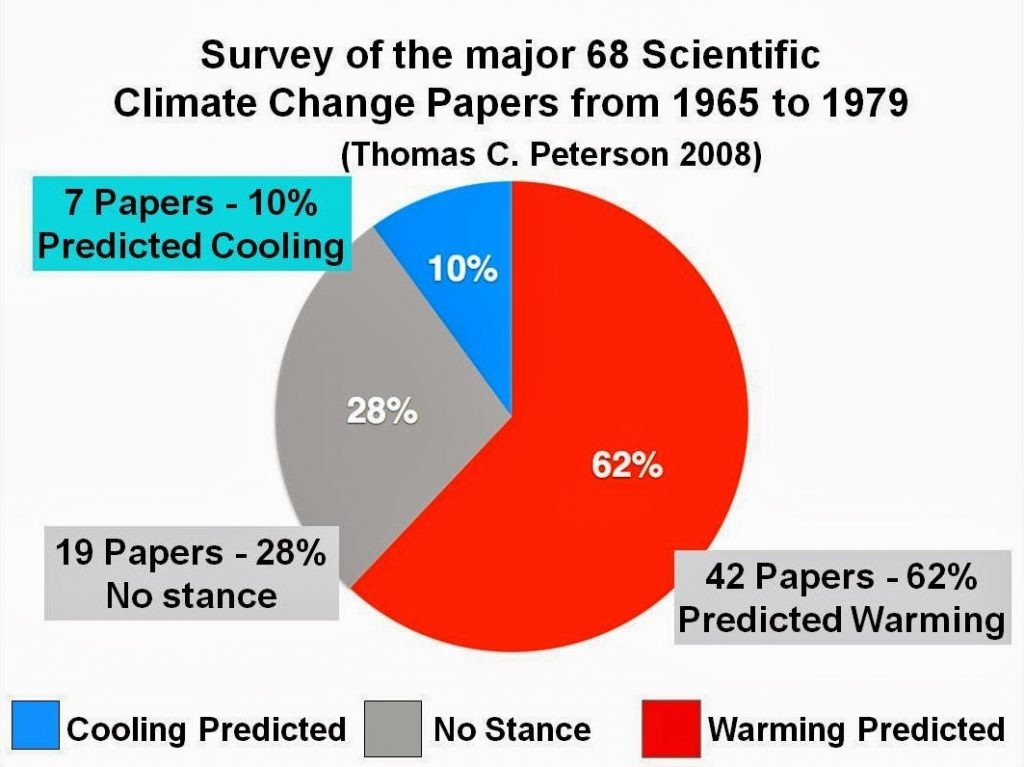 By 1979, the evidence human carbon dioxide emissions were serious threat was strong enough that the National Academy of Sciences published Carbon Dioxide and Climate: A Scientific Assessment, with this statement, “A wait and see policy may mean waiting until it is too late.”

The report continued to say, “If carbon dioxide continues to increase (from the burning of fossil fuels), the study group finds no reason to doubt that climate changes will result and no reason to believe that changes will be negligible.”

The report consensus was “increasing carbon dioxide will lead to a warmer earth with a different distribution of climate regimes.”

Again, we know there was a strong agreement among the 1970s scientific peer reviewed papers that burning fossil fuels would trigger climate change, 62% papers said warming vs. 10% said cooling.  Yet, I must warn you there is a myth that persists to this day.

Has anyone ever heard this myth before:

IN THE 1970S ALL CLIMATE SCIENTISTS BELIEVED AN ICE AGE WAS COMING!

Who has heard that myth before?  I have heard this myth by some of my fellow Toastmasters.  That is why I want to set the record straight here tonight.  I want to inspire you not believe this myth and challenge you to be more open to the real science of climate change.

Where does this myth originate?  People who reject the present human caused climate change point the April 28, 1975 Newsweek article, called A Cooling World and the Monday, June 24 1974 Time Magazine article, called Another Ice Age.  Two articles so obscure they did not even make the magazine cover! 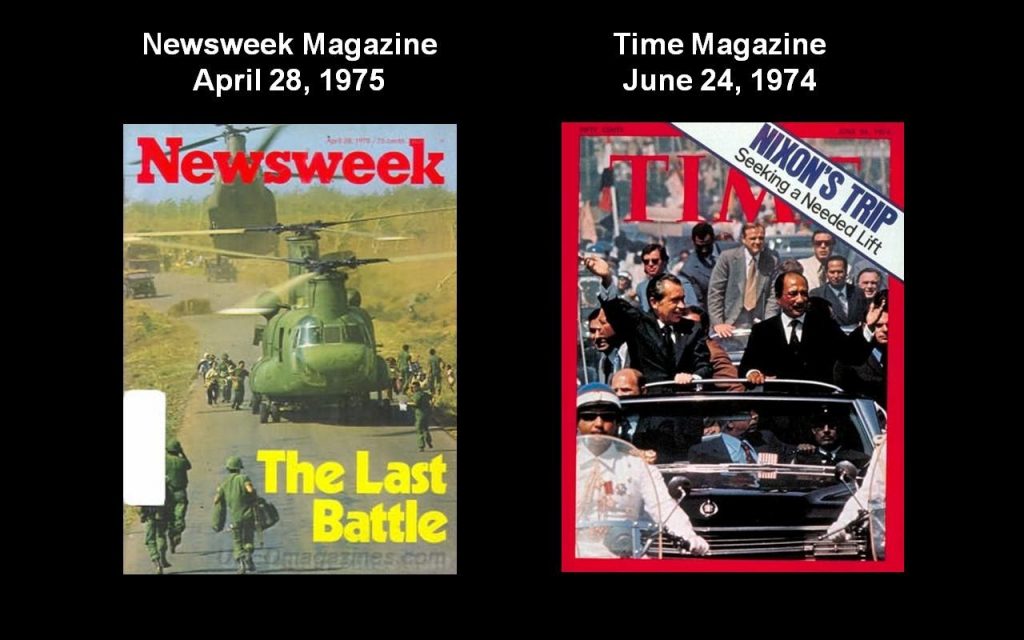 There is just one problem with citing a Time Magazine and a Newsweek article. These are what are known as ‘Popular Media.’  They are trying to sell as many magazines as possible, such as Shirley MacLaine getting her kicks at age 50 from Time Magazine in 1984, and invention of the I-pod covered in Newsweek in 2004.  Neither magazines are scientific peer reviewed journals. 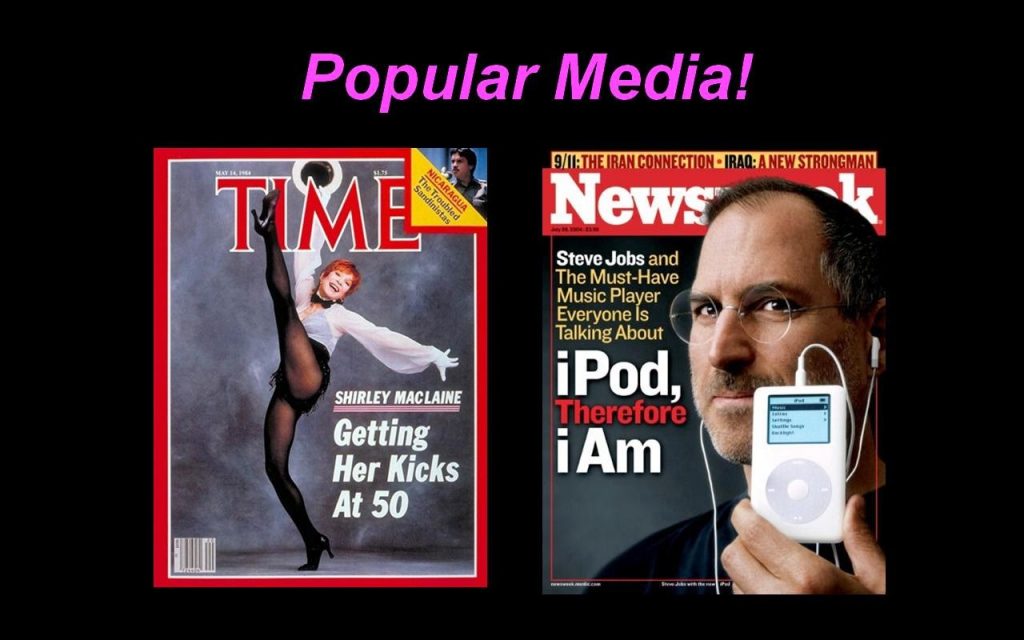 Yes, Time and Newsweek try to cover science, but they both need to cover what’s popular to sell their magazines, such as focusing on Ice Cream from 1981.  Hmmm…Get your licks!  (domestic) Cats also from 1981.  How cute!  Catalogs: Delivering a Gala of Goods in 1982!  Cocktails America’s Favorite Drink from 1985! 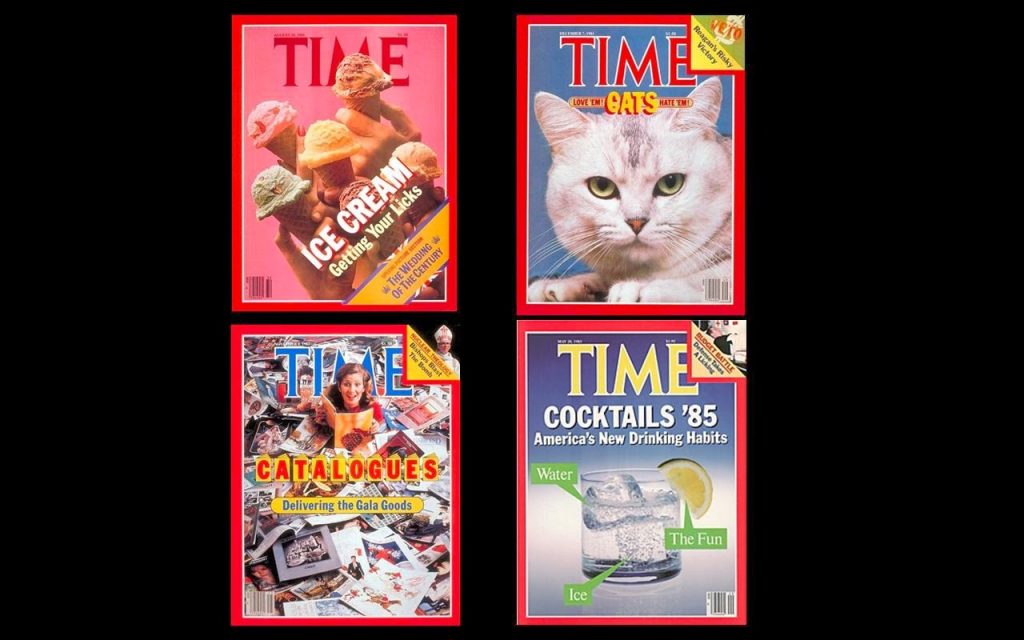 Newsweek is not much better with having magazine covers like Fashion Designer in 1978, The Royal Family in 2011, and my personal favorite from 1979: Disco Takes Over! 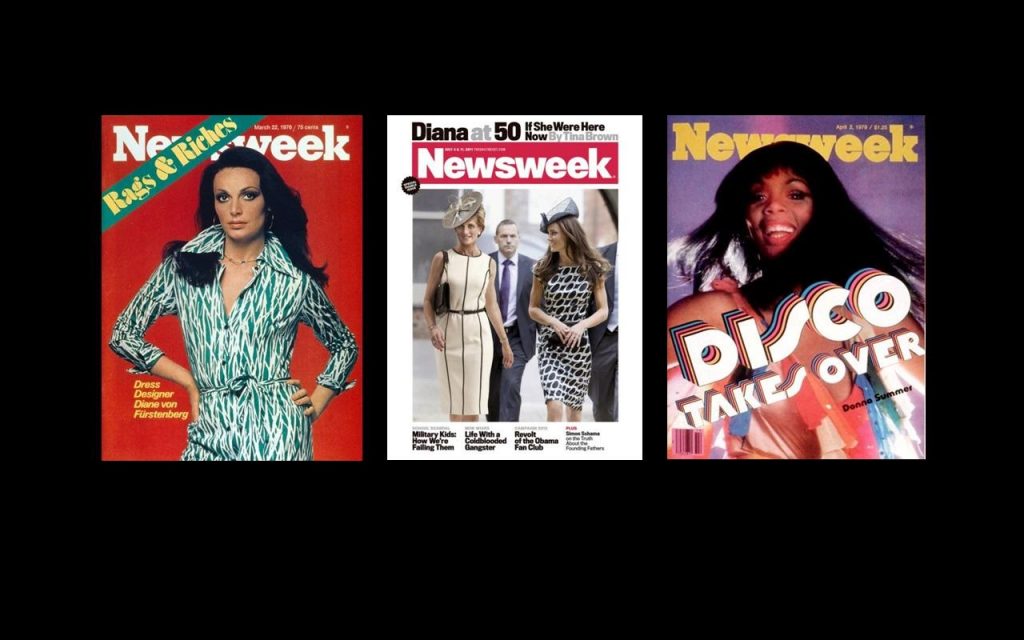 Don’t get me wrong.  Newsweek and Time also cover important news stories, like 101 Best Places to Eat in the World from 2012. 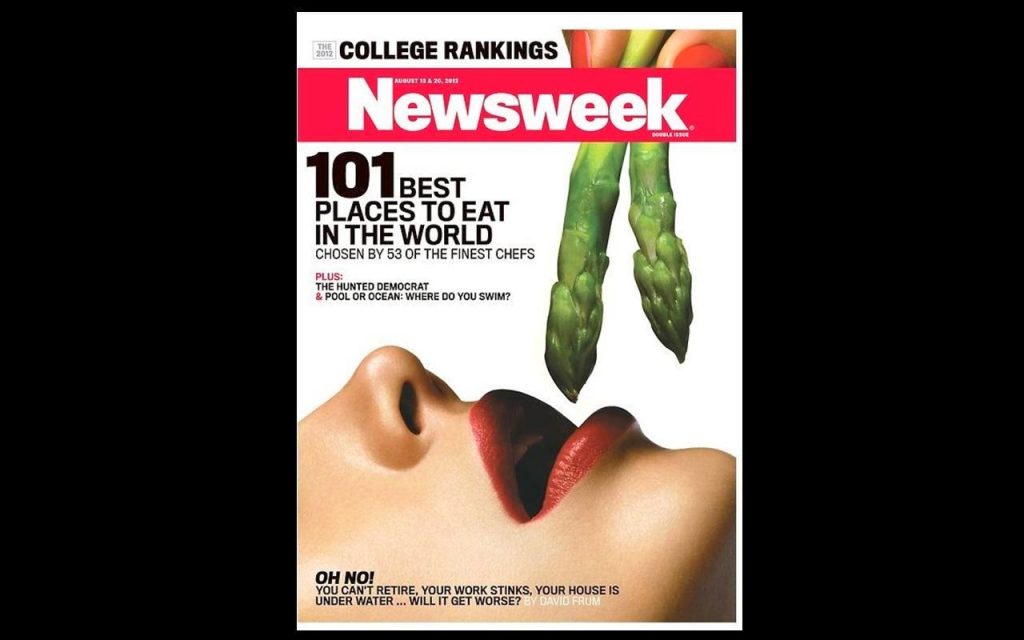 However, do you really want to be getting your climate science from the same magazines promoting The Simpsons or the new X-Box? 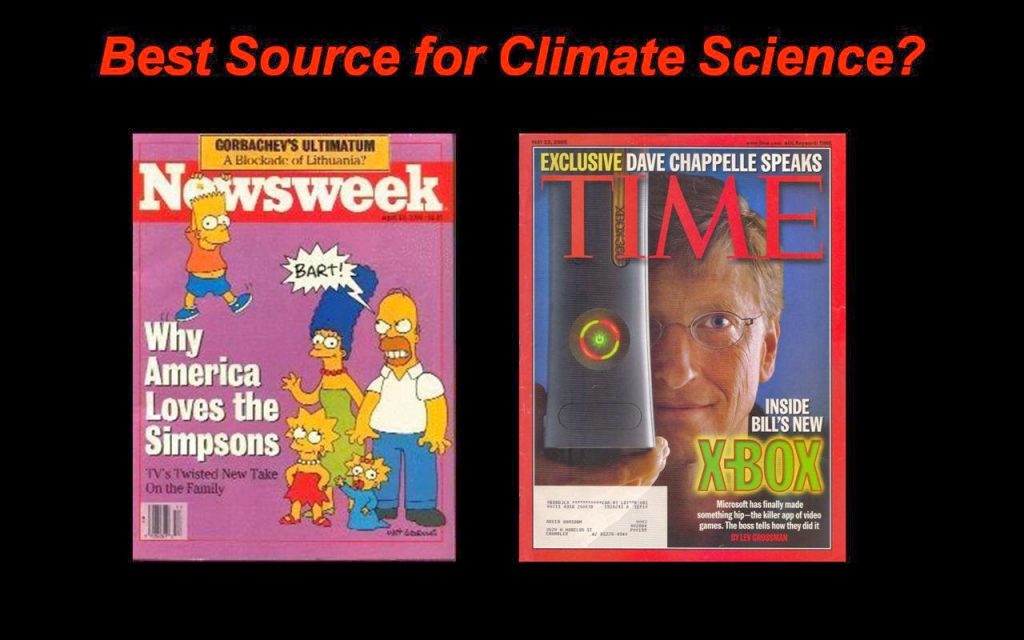 Raise your hand if you think sometimes the popular media reports the news and even science incorrectly?

1. No media or scientific agreement of global cooling.
The Time and Newsweek articles did quote a few individual climate scientists saying the earth was cooling.  However, according to Peterson, “a cursory review of the news media coverage reveals, just as there was no consensus at the time among, scientists, so was there also no consensus among journalists (of cooling idea).”

2. The story fell under what’s called “The tyranny of the news peg.”

It is based on New York Times science writer Andrew Revkin’s idea that reporters need a “peg” to hang a news story.  As we all know, new and dramatic developments tend to draw the news media’s attention.  The handy peg for climate stories during the 1970s was cold weather.  Sound familiar? 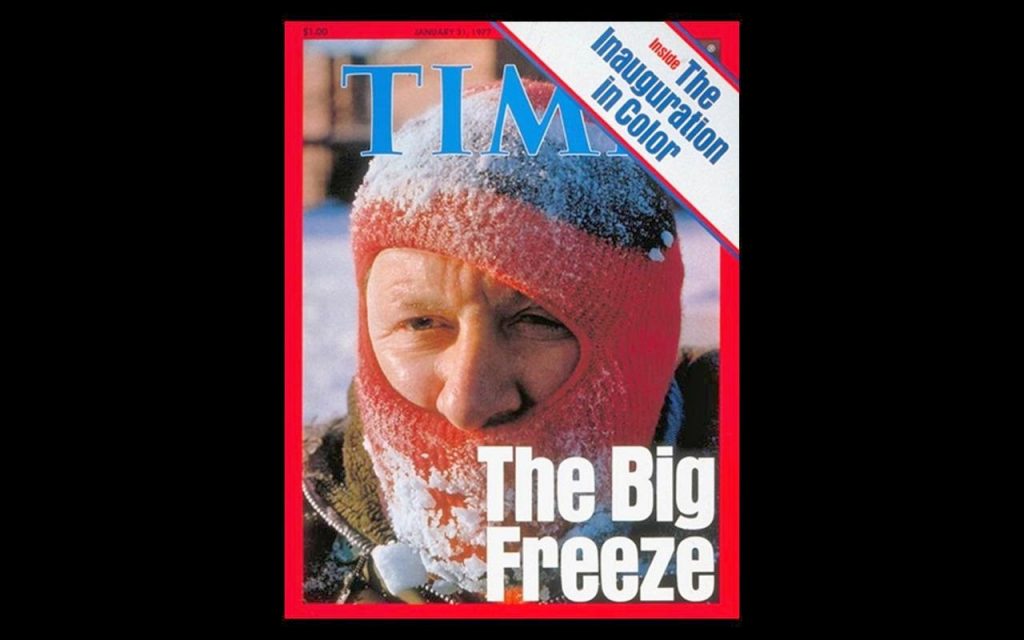 As I showed you in a previous speech, snow and cold temperatures outside your window does not disprove global warming.  Nor, does a heat wave in the summer prove climate change.  You have look to the long term global trends of over at least a period of 30 years to know if climate change is real. 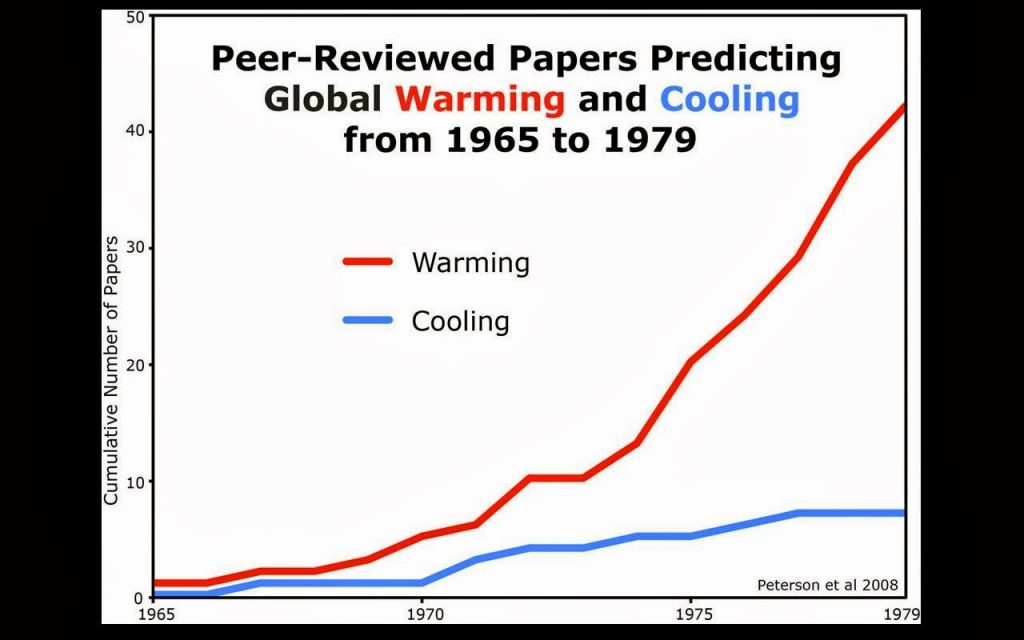 Therefore, with a total reliance on popular media, using a small group of scientists backing up this claim, no media or scientific agreement, and pointing to cold winter weather in the 1970s as evidence, I hate to admit it, but even fellow Toastmasters member Howard Brandt would tell you this myth stinks even worse than disco. 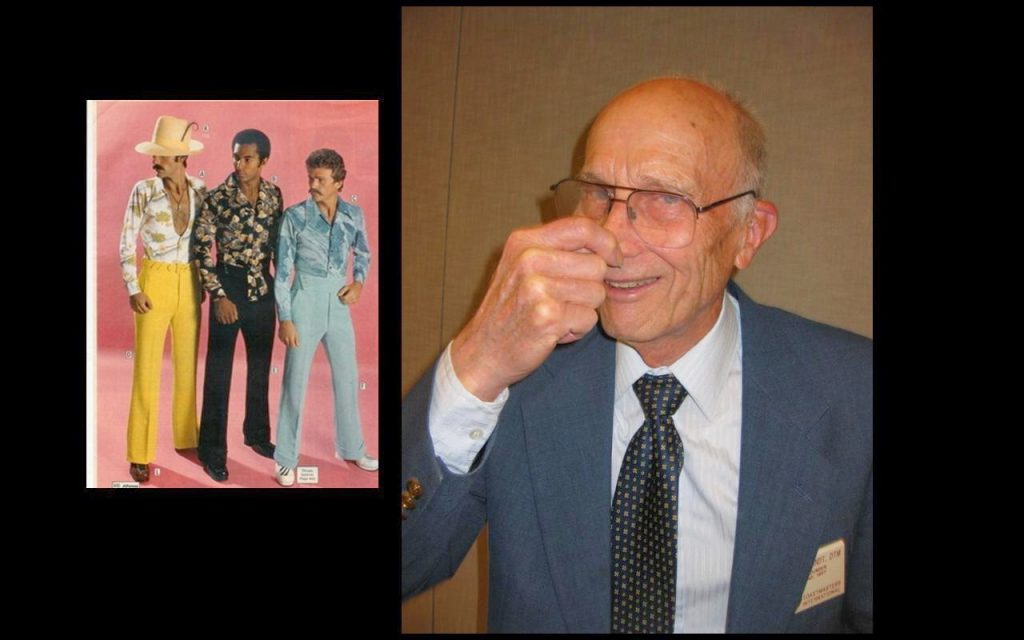 I hope I inspired you to be more open to the real science of climate change.

As we now know, saying that in the 1970s all climate scientists believed an ice age was coming is about as ridiculous as wearing a disco outfit to a serious Toastmasters speech. 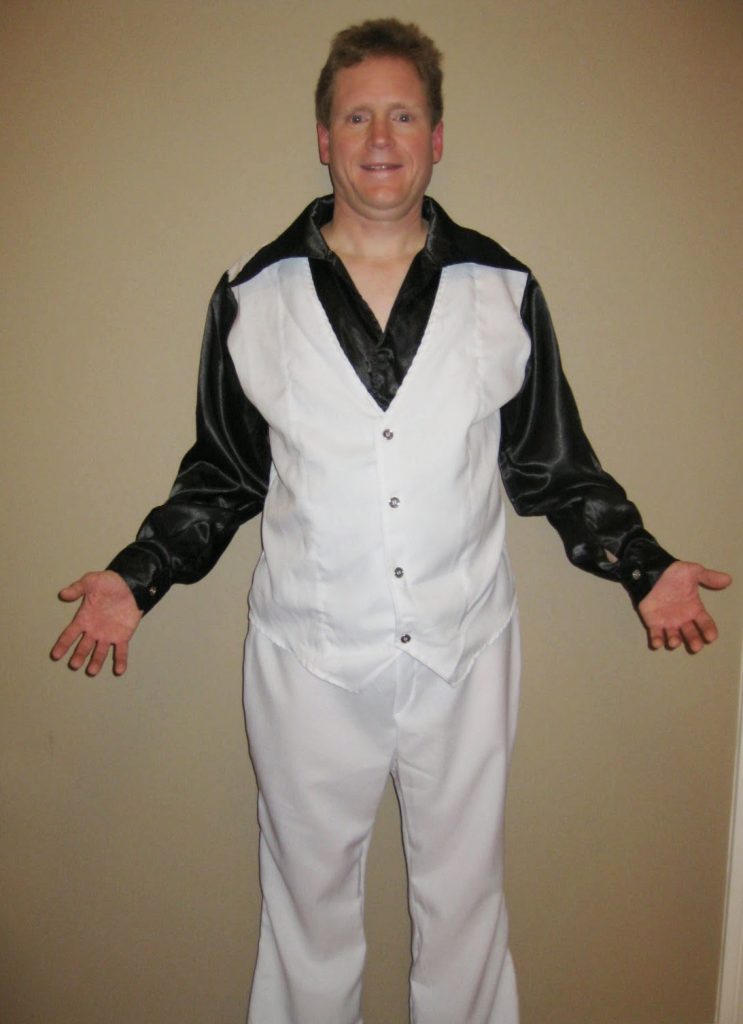