Let me introduce you to climate change communicators and scientists who are inspiring me to be a climate change communicator.  These folks generously allowed me to have my picture taken with them.  They are not household names.  Most people would not recognize them walking down the street.  Most people would prefer to have their picture taken with a famous movie star, sports athlete, or politician.  On the other hand, below are some of the people I met, who are effectively communicating this message:
• Climate change is real.
• People are causing it.
• Widespread agreement among scientists (more than 95%) that it is happening right now because of humans.
• Climate change is harmful to people.
• Humans can limit the most dangerous consequences if we choose to act now. 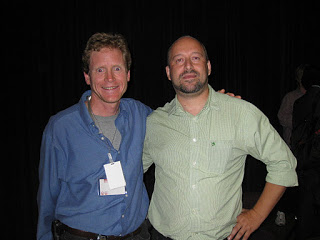 1. Dr. Gavin Schmidt
He is a climate scientist at the NASA Goddard Institute for space studies.  He is also a cofounder of Realclimate.org, where he is a contributing editor.  I got to meet him this past September when he presented at the NASA & National Park Service Earth to Sky Conference V: Communicating Climate Change in Washington, D.C.  After his presentation, all the participants in the conference, including me, received a free copy of his book: Climate Change: Picturing the Science.  He kindly autographed the book for me.  I enjoyed reading it this past autumn.

2. John Cook
(pictured in the center) He is the creator of skepticalscience.com.  This website makes climate science accessible to the layman by using easy to read, jargon-free language to debunk climate myths spread by climate science doubters or “skeptics.”  Even more, John set up Skeptical Science to be a database of peer-reviewed science to best answer the skeptic’s full range of arguments.  (And nobody, including John, knows why he is holding that paper plate) 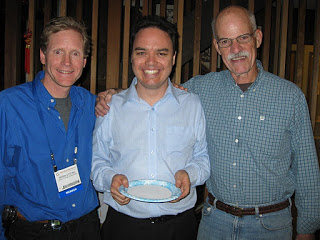 3. Dr. James Powell
(pictured on the right) He is the author of six science books, including, Dead Pool: Lake Powell, Global Warming, and the Future of Water in the West.  He has a website, jamespowell.org where he writes about global warming from his perspective as a scientist.  I met John Cook and James Powell at a party in Berkeley, California in December, 2011 while all of us were attending the American Geophysical Union (AGU) conference in San Francisco. 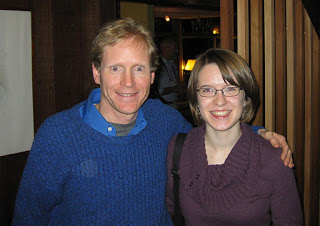 4. Kaitin Alexander
At the same party in Berkeley, I got to chat with Kaitin.  She is already a rising star at just 19 years old.  She is a student at the University of Manitoba, Canada, studying climate modeling and is an aspiring climatologist.  Her blog, ClimateSight, was highly praised and is closely followed by the other climate communicators who attended AGU. 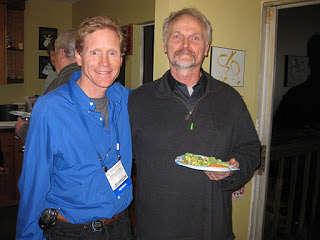 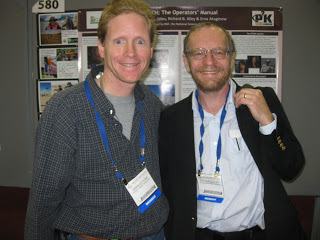 6. Dr. Richard Alley
I got to meet him at AGU in San Francisco.  He is a Professor of Geosciences at Penn State University.  He is known for his research of glaciology and ice sheets.   I love his PBS documentary, Earth: The Operator’s Manual.  I am currently enjoying reading his book by the same title.  He also signed a copy of his book for me when I met him. 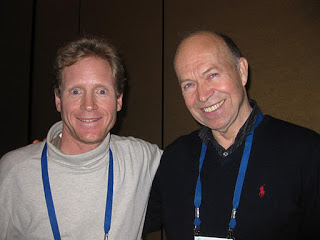 7. Dr. James Hansen
I got to meet him via Kaitlin Alexander.  She told me where he was lecturing during the AGU conference.  Kaitlin and I attended his lecture.  Afterwards, we had the incredible fortune to chat with him directly.  He is head of the NASA Goddard Institute for Space Studies and he is famous for testifying before Congress on climate change since the 1980s.  I enjoyed reading his book Storms of My Grandchildren two years ago. 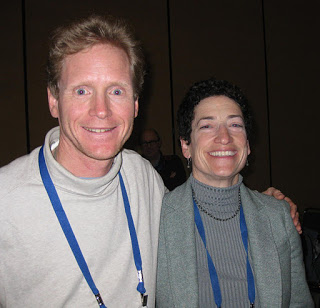 8. Dr. Naomi Oreskes
While waiting to chat with Dr. Hansen, I got to meet Dr. Oreskes.  I just finished reading her book, Merchants of Doubt.  It meticulously documents how a small group of contrarian scientists spread doubt and confusion after a scientific consensus had been reached on the dangers of tobacco smoking, acid rain, the hole in the ozone, and climate change. 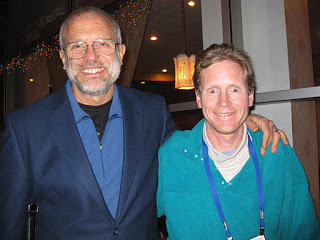 9. Tom Smerling
My friends, Sundae Horn and Rob Temple, who I used to work with in the Florida Everglades introduced me to Tom.  He created the website, Climate Bites.  This website is an online toolkit for climate change communicators, like me.  It brings fun into climate communication with metaphors, sound bites, humor, stories and graphics that help make your message stick.  I personally enjoyed contributing “bites” or short essays to this website since I met Tom last October. 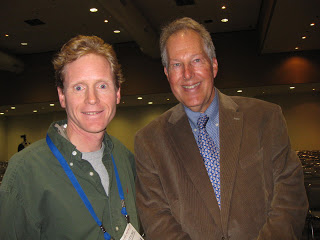 10. Dr. Richard Somerville
I also met him at AGU last December.  He is a climate scientist and Distinguished Professor Scripps Institution of Oceanography at the University of California, San Diego.  I first saw him on the HBO special on climate change in 2006, Too Hot to Handle.  Dr. Somerville and other scientists interviewed, such as Dr. Stephen Schneider, had a deep impact on me with their sobering statements on the problem of climate change and the nasty consequences if we fail to act.  Dr. Somerville is also the Science Director of a great website, Climate Communication.  He collaborates on this website with Susan J. Hassol, Director of the Climate Communication, on the latest information on climate science communication and outreach. 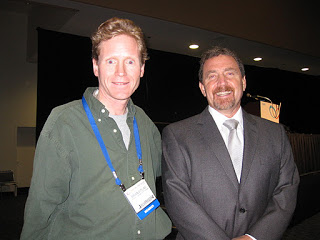 11.Dr. Benjamin D. Santer
I also met him at AGU last December.  He is a climate researcher at Lawrence Livermore National Laboratory and former researcher at the University of East Anglia’s Climatic Research Unit.  He wrote the key statement in the 1995 United Nations Intergovernmental Panel on Climate Change (IPCC) report that “the observed trend in global mean temperature over the past 100 years is unlikely to be entirely natural in origin…Taken together, these results point towards a human influence on global climate.”  That statement resulted in a firestorm of vicious attacks from climate change contrarians, such as physicist Dr. Fred Seitz.  However, Dr. Santor stood firm behind what he wrote.  Many other distinguished climate scientists, such as Dr. Stephen Schneider, defended him.   The statement has since stood the test of time.  Since then, it has been reaffirmed by more recent IPCC reports. 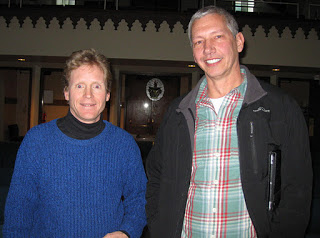 12. Larry Lazar
I first met Larry at a St. Louis Science Center café last April.  We both attended a lecture by Jim Kramper, Warning Coordination Meteorologist with National Weather Service, on “Climate Change – What We Really Know.”  This winter, Larry and I co-founded the meet up group, Climate Reality St. Louis.  Our group focus is to exchange ideas on how we can locally and individually reduce our impact on climate change.  We had 14 people at our first meeting last December 11th.  We hold our next monthly meeting this Sunday, January 15th.
There are so many other climate heroes I want to mention.  A special mention needs to go to Scott Mandia.  I met him through Larry Lazar.  He is a professor of meteorology at Suffolk County Community College in New York.  Scott is also the founder of the Climate Science Rapid Response Team.  This is a group of scientist researchers and professors who are on call to “matchmake” media and lawmakers to climate scientists.  This group enables the media and lawmakers to receive rapid high quality information when they inquire on climate change.
It was also such a pleasure to interact with Scott at AGU.  He even bought me breakfast at my first morning of the conference.  Somehow, I let the opportunities at AGU slip away to get my picture taken with him.  Scott Mandia, James Powell, Tom Smerling, and Professor John Abraham from the University of St. Thomas also took me out for a fantastic sushi dinner while I was in San Francisco in December.  Needless to say, I am having a fabulous time meeting climate scientists, professors, and communicators who as just as passionate about climate change as me.
Stay tuned.  I cannot wait to meet and have my picture taken with my more climate heroes in 2012.  I will make sure I post on my blog when I meet them and have my picture taken with them also.

One thought on “MY 12 CLIMATE CHANGE HEROES”