Below is the text from a speech I presented on April 13, 2011 for St. Louis South County Toastmasters.  After I mentioned just the phrase climate change in my first speech, two of my fellow toastmasters wanted to me to prove to them that climate change is caused by humans.   This speech was an attempt to answer them with what I think is the key evidence that convinces scientists that climate change is caused by humans.
For this speech, I was voted “Most Improved Speaker” by the other Toastmasters at this meeting.  I really seemed to leave an impression on them with this speech.  A month after I presented this speech, A friend approached me  to say, “Please give us solutions in your next speech! In your last speech you really scared us that WE ARE STINKING UP THE PLANET!”
I AM GOING TO DROP A STINK BOMB ON YOU!
Imagine that someone in this room passed gas right now that smelled so rancid that it interrupted our meeting.  Tonight, in a sense, I am going to throw a stink bomb in the room.  There is a sharp disagreement among folks in this room whether humans are causing global climate change.  Like a courtroom, I propose to make this case tonight for you with the strongest scientific evidence that I know.
Basically, just like a toastmaster passing gas, we are stinking up the planet with carbon dioxide.  Carbon dioxide is the primary emission of our vehicle’s tailpipes and industrial smokestacks.  Starting in 1959, Charles David Keeling started measuring the amount of carbon dioxide in the earth’s atmosphere.  The average amount of carbon that year stood at 316 parts per million.  In 1960, it reached 317 parts per million, and has steadily increased every year over the past 50 years.  The alarming part is that, just like these dance partners, when the amount of carbon increased in the atmosphere, so has the average global temperature.  This dance is represented on the graph below by the red line for carbon dioxide and the blue line for average global temperature.  It has been going on for throughout Earth’s history, as you can tell by this graph of measuring the ice cores from Antarctica going back over 400,000 years. 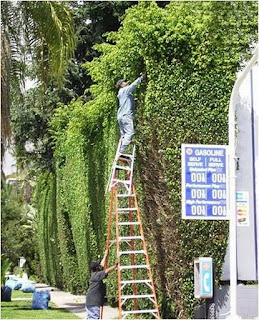 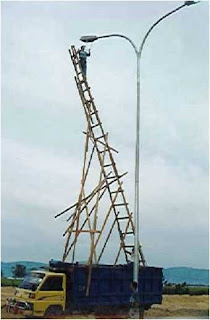 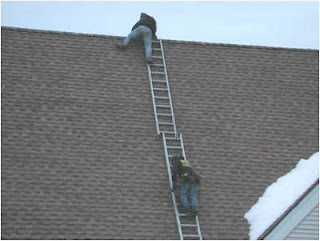 How do we know that this stinky carbon dioxide is not increasing naturally from volcanoes or the ocean? Crime suspects on TV shows, such as CSI, leave behind DNA evidence pointing to their guilt.  Carbon dioxide also has DNA evidence, known as isotopes that point to the guilty party also.  Isotopes are defined as atoms that contain the same number of protons but a different number of neutrons.  Like a police lineup, carbon dioxide molecules appear in three isotope forms, Carbon 12, which makes up 99 percent of all carbon on earth.  Carbon 13 which makes up around one percent and Carbon 14 which makes up around point zero one percent.
We can eliminate carbon 14 from the line up because this carbon is actually decreasing from measuring tree ring radioactivity.
Carbon 14 is actually highly unstable or radioactive.  This form of carbon only lasts over around thirty thousand years before it decays into Nitrogen 14.  Carbon 14 appears naturally in the earth’s radioactive atmosphere and is absorbed by plants and us.  Volcanoes, the deep ocean and fossil fuels, such as oil, natural gas, and coal, are free of carbon 14.  Why?  They all have been buried deep in the earth for hundreds of millions of years.
Even more, when plants photosynthesize, they love or have a sweet tooth for the Carbon 12 form of carbon dioxide.  Fossil fuels, such as coal, oil and gas are basically depleted of Carbon 13.  Thus, when fossil fuels are burned they release vast amounts of Carbon 12 in the atmosphere.  Therefore, scientists have quantified that the atmosphere has become less radioactive over time and the ratio of carbon 13 to carbon 12 has been steadily decreasing also with these two graphs that I am showing you.
Confused?  Here is the clear bottom line.  If this was a murder trial, our crime scene FBI experts would be would be saying that the carbon from fossil fuels are the guilty party, not natural sources, such as volcanoes or the ocean.   Over geologic time, increases in carbon dioxide almost always caused increases in the average global temperatures.  Since humans are the only suspects in burning fossil fuels, we are basically the ones who are stinking up the place.
Mr. Toastmaster, fellow Toastmasters, and distinguished guests, I appreciate you allowing me to share my knowledge on the threat of climate change.  I hope I did not stink up the joint.  If we can find a way to reduce our dependence on fossil fuels, I am convinced it will be a healthier planet.  Future generations may even thank us for not stinking up their planetary home.  Even more, keep an eye out on your neighbor who may yet pass gas tonight or at a future Toastmasters meeting.  Mr. Toastmaster.

One thought on “I AM GOING TO DROP A STINK BOMB ON YOU!”