Over the past four years I have communicated about climate change, the most helpful website for me is Climatebites.org. In 2011, Tom Smerling and Don McCubbin created this website to offer metaphors, soundbites, quotes, humor, cartoons, stories and graphics for anyone looking to communicate more effectively about climate change.

As I wrote about in a previous blog, a mutual friend, Sundae Horn, introduced me to Tom Smerling in August, 2011. Tom and I then met in person in Washington, D.C. to figure out how I could collaborate on Climatebites. Tom challenged me on the spot to contribute writings to Climatebites. Gulp. I had very limited experience with writing. However, it did seem like it could be fun.

It took me a couple weeks, but I did post my first bite post on Climatebites on October 14, 2011, Would you argue with your doctor over a heart condition? Over the next two and years, I got hooked writing bites. I ended up writing about 154 bites. Some of my Climatebites were then re-posted on other websites, such as boomerwarrior.com, climatemama.com, and elephantjournal.com.

For me, it felt like Climatebites filled a niche to provide helpful soundbite tools to climate change communicators and scientists struggling to explain the very complex science of climate change.

This frustrating inability of how to best communicate the complicated science of climate change with good metaphors had long been a source of discussion. Greg Dalton, Founder of Climate One, brought up this topic when he interviewed the late Dr. Stephen Schneider, climate scientist from Stanford University, on November 3, 2009. Dalton asked:

“Can the scientific method with all of its caveats and doubts…how can that change in terms of better informing or scientists changing for better informing policy makers and the media who work in a world of soundbites and short simple plications? How is that going to be bridged?”

Stephen Schneider’s response: “What we have to do and what I advice my science colleagues to do and what I do myself: Yes, I have my soundbites, but I also have oped which are three sound bites. I also have my Scientific American articles and Atlantic Journal articles, which are a little more in depth. I have a 300 page website, www.climatechange.net, where you can find out where I really think in depth and then I write long books. And those long books not only have to tell the nuisances, but they also have to tell where you changed your mind, where the community was wrong and how it evolved. It is what I call a hierarchy of backup products.

I think that scientists can be responsible, even in the soundbite world if they try to have that hierarchy. The only sad part is that the soundbite is heard by 20 million, the op ed is read by, maybe if you are lucky, 2 million, The Scientific American by 200,000, the website by 20,000 and the book, I hope, by 20,000, and you keep dropping down, but what else can you do?…

Scientists have been part of the problem in their reluctance of not wanting to get out there and use simple metaphors because if they cannot put in full disclosure in their first paragraph they are somehow irresponsible, which means they will never get on the air.”

It is ironic that this was an extremely long quote for Dr. Schneider, since he was a master of using soundbites to explain climate change when he talked to the media and general public. My first climate bite, Would you argue with your doctor over a heart condition?, was a Stephen Schneider quote.

It was a wonderful metaphor responding to the climate denial myth that we need absolute certainty before we can take action on climate change.

Tom Smerling based Climatebites on making climate change messages “stick” in people’s minds. Tom’s inspiration was Chip & Dan Heath’s guide to sticky messaging, Made to Stick: Why Some Ideas Survive and Others Die.

I first heard Schneider’s metaphor, ‘Would you argue with you doctor over a heart condition?’ while watching the 2006 HBO climate change documentary, Too Hot Not To Handle. It stuck in my mind to the extent that I grabbed it to use as my first Climatebite post five years later.
Here is the full quote from Schneider:
“Some people say ‘When you are sure about climate change, then we will do something about it.’

Suppose your doctor says ‘Well, I am very concerned about your heart condition. I think you should be on a low cholesterol diet and exercise.’ Would anybody say to their doctor ‘If you can’t tell me precisely when am I going to have the heart attack and how severe it will be.’ then why should I change my lifestyle?’

That is how absurd it is that when the political world tells us in the climate world: ‘tell us exactly how bad it is going to be and when and when you are sure, come back and talk to us.’ That is not the way it works in any other form of life. Not in business. Not in health. Not in security. We have pretty good ideas about what could happen. We do not have the detailed picture and we are not going to for several decades. What we are doing is taking a risk with the life support system of the earth and humans have to decide if we want to slow that down.”

Best of all, the biggest reward for me though for contributing to the website was developing a collection of now over 380 sticky soundbite responses to these denier myths.These are some of my favorites:
1. Myth: It’s the sun
Climatebite: “That’s a coffin with so many nails in it already that the hard part is finding a place to hammer in a new one.”
2. Myth: Climate has always changed.
Climatebite: People die natural deaths. So murder can’t exist?
3. Myth: Climate has always changed.
Climatebite: Forest fires occur naturally, so arson can’t be real

16. Myth: China pollutes
Climatebite: “That is like saying ’We won’t protect free speech until China does.’”

18. Myth: It’s just weather
Climatebite:  “Climate is what you expect. Weather is what you get.” — Mark Twain

19. Myth: It’s the weather
Climatebite: Check your underwear drawer.
“Climate is percentage of long underwear vs. shorts in your closest. Weather is deciding to wear long underwear or shorts today.”

20. Myth: It was cold last winter
Climatebite: April 15 was cooler than Apr 1. So spring is a hoax?

24. Myth: Scientists still disagree
Climatebite:  ‘If 98 doctors say my son is ill and needs medication and two say, ‘No, he doesn’t, he is fine,’ I will go with the ninety-eight. It’s common sense – the same with global warming. We go with the majority, the large majority.’ — former California Governor Arnold Schwarzenegger

25. Myth: I am still skeptical
Climatebite: So am I! I am skeptical we can keep burning fossil fuels with a business as usual mentality without harming the planet.

27. Myth: It’s hopeless
Climatebite: “The fact that humans are causing climate change is good news. That means we can do something about it.” — NASA scientist Robert Cahalan

29. Myth: It’s hopeless
Climatebite: Hope is a verb with its sleeves rolled up 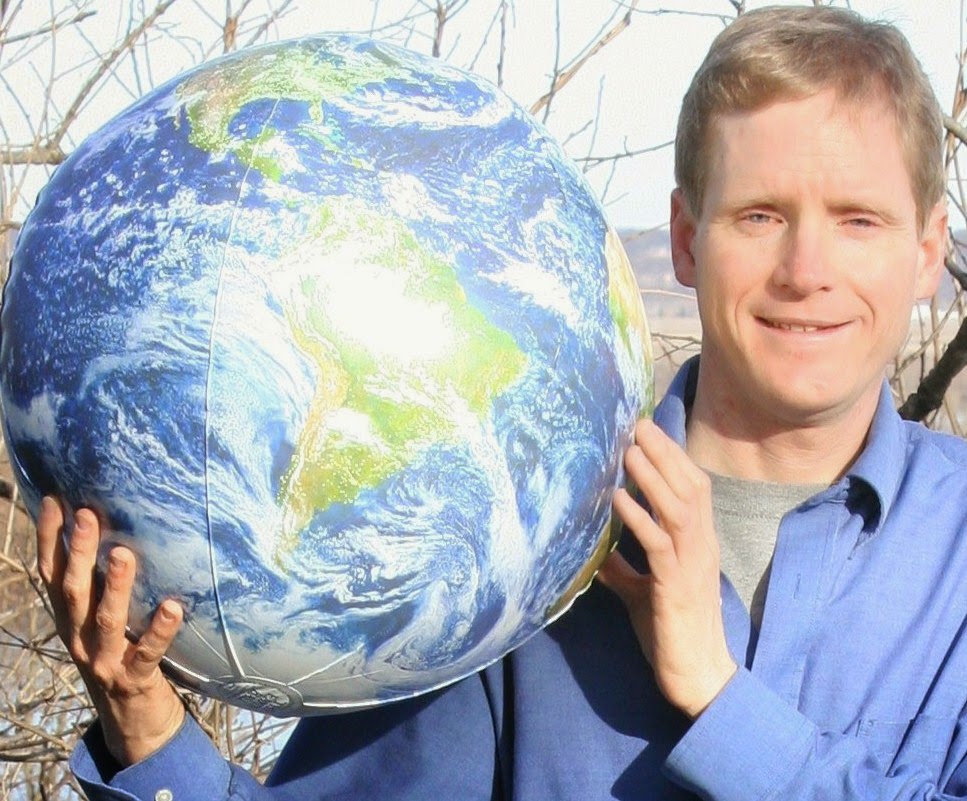 “Each and every person can change the world. We do this by the way we vote, the products we buy, and the attitudes we share with each other.” — Brian Ettling

All of those examples of climate bites and so many others have been incredible communication tools for me over the past four years.  I used them to talk with people who are hostile, unsure, or alarmed about climate change. They have given me the ability to speak with confidence.
Unfortunately, the Climatebites website was hacked in June, 2014. Don McCubbin and Tom Smerling then had to take the site down for several months to try to restore it. It was a shame because the website was listed on Climateaccess.org and other places as a great resource to communicate about climate change. The hacking and months of offline maintenance seemed to drop Climatebites off people’s radar.

Even worse, I fell off the routine of composting Bite posts, which had been such a productive outlet for me. While the site was down, I remember finding a couple of soundbites that I really wanted to turn into climate bites, such as:

“I’m not a scientist either, but I can use my brain, and I can talk to one.”

That quote was former Florida Governor Charlie Crist (D) responding to Florida Governor Rick Scott during the 2014 Florida campaign for Governor. Florida Gov. Rick Scott (R) repeatedly used the line “I am not a scientist” to dodge questions about climate change during his re-election campaign. I still may turn this into a bite, but it would have been more relevant to have been able to post this during the 2014 mid-term campaign. If Republicans and conservatives continue to use that line to dodge questions about climate change, I may still turn the Crist quote into a bite.

“The spreading sheet of sea ice around Antarctica could be viewed as a napkin being draped over a monstrous water pistol.”

That was written by John Upton, a Senior Science Writer at Climate Central in his October 13, 2014 article, Expanding Antarctic Sea Ice is Flooding ‘Warning Bell.‘ Upton was making the point with that metaphor that research is now suggesting that the expansion of Antarctic sea ice in an indication of Antarctic ocean changes. These changes could acerbate ice sheet melting, by trapping heat beneath a layer of cold surface water, worsening flooding around the world.
That is still a very scary idea for me that I may still need to communicate on Climatebites or elsewhere.
Basically, Climatebites.org has had huge influence on me to try to speak and write on climate change using sticky picturesque metaphors and soundbites to effective communicate.
My hope is that somehow the blog post may spur and renewed interest in Climatebites.org.It has been a very productive partnership with Tom Smerling and Don McCubblin over the past four years. Most Recently, Tom and Don showed their support for me by most recently giving me the title of Senior Contributing Author and including a brief bio of me on their About/Contact Us page.

I hope to be inspired once more to post Bites on there since the site has been so beneficial to me. 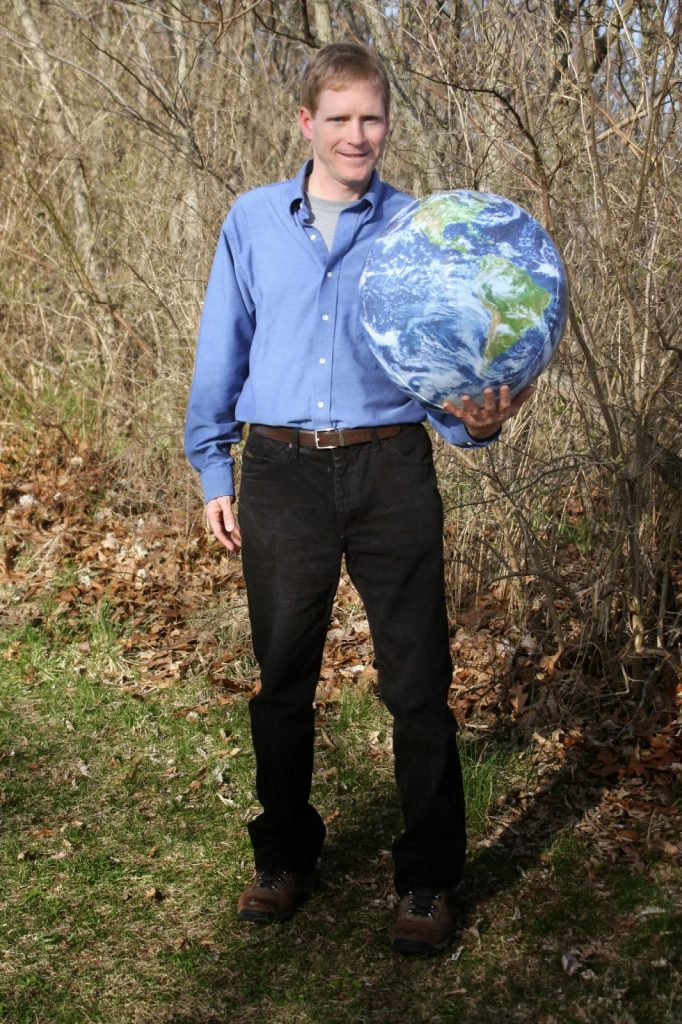 One thought on “Communicating About Climate Change: One BITE at a time!”